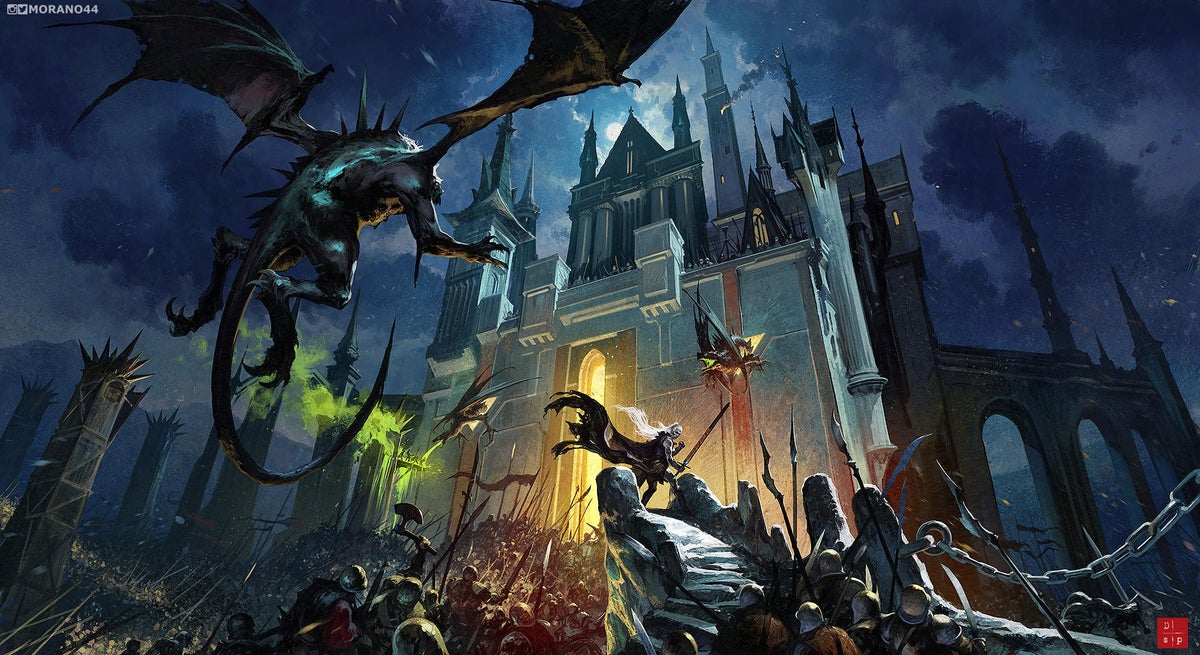 A new board game based on the universe of Elric de Melniboné was launched on Kickstarter. Earlier this month, French board game publisher Le Département launched a Kickstarter for Elric: Rise of the Young Kingdoms, set in the world of Michael Moorcock Elric novels. Players will take control of an individual kingdom, all of whom attempt to overthrow the Imrryr capital. Players will lead their forces from tower to tower, overcoming traps and other city defenses while penetrating into the heart of the city. If the players manage to overthrow the city, the player with the most loot is declared the winner. You can check out a full breakdown of the game in the video below:

Elric of Melniboné is one of the great fantasy characters, appearing in dozens of stories and novels since the 1960s. Elric is an albino warrior and wizard who wields the cursed sword Stormbringer, a cursed sword that feeds on souls intelligent creatures. Elric was one of the first great fantasy antiheroes and cast a long shadow over the genre.

Elric: Rise of the Young Kingdoms was designed by Jean-Baptiste Lullien, one of the main creators of Zombicide and Massive darkness. The Department has traditionally released RPGs, including the French version of the Elric tabletop role-playing game (published as Mourning Blade.)

At the time of going to press, Elric: Rise of the Young Kingdoms raised over $43,000, which is more than its original goal of $30,000. Backers will receive a copy of the base game for a $76 pledge, and a copy of the base game and the expansion (which adds several additional franchise characters as allies) for a $101 pledge. The Kickstarter will remain open until the end of the month. You can check out the full Kickstarter here.