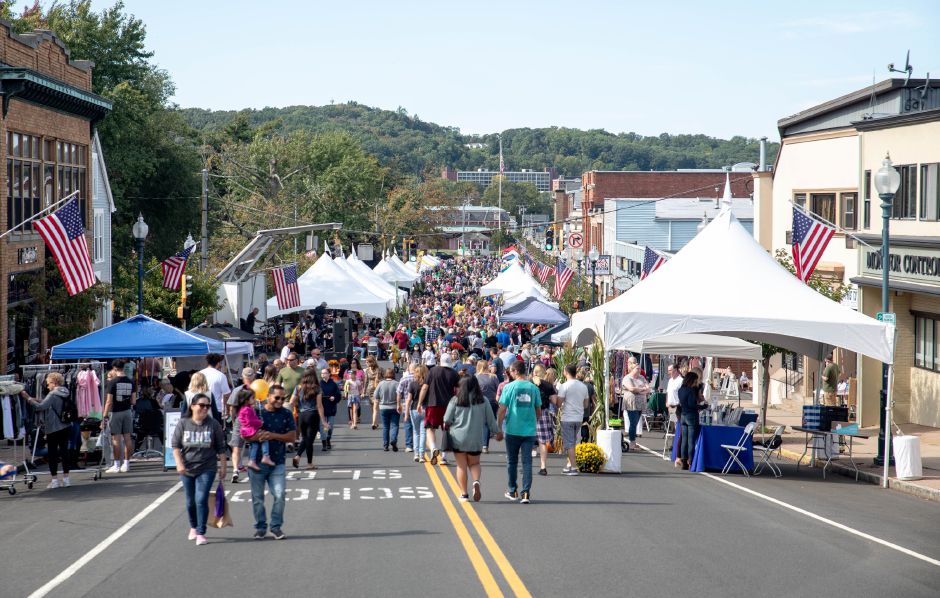 WALLINGFORD – Board games and activities will be set up outside City Hall for public use as part of Wallingford Center Inc.’s new Game Night program.

The nonprofit has purchased a dozen different activities, such as Jenga, Connect Four, chess, ping pong and cornhole, for free use every Friday from 5-7:30 p.m. The games, which were purchased through a grant from the Wallingford Rotary Club, will be set up every Friday from August 19 to September 23.

“We just hope people come down and enjoy it and have fun with it. And it’s open to anyone,” said WCI Executive Director Liz Davis.

The weekly event is part of WCI’s effort to spark interest in the downtown area, and Davis hopes it will also foster new relationships among residents who might not otherwise interact.

“We want old people, young people to come out and mix and mingle with each other,” she said.

With less than 60 days to go until Celebrate Wallingford, Davis, other WCI staff and volunteers are hard at work for the nonprofit’s marquee festival, being held at downtown. She expects more than 90 artisans, vendors and civic organizations to participate, in addition to restaurants and food vendors.

This will be the festival’s first return to the “upper city center” since 2019.

WCI President Michael Glidden said if the weather cooperates, attendance is usually between 10,000 and 15,000 on weekends. Despite the high attendance, the festival retains a hometown atmosphere, he added.

The event has grown steadily since its inception as the Taste of Wallingford in 1986. New activities and additions will be revealed over the coming weeks.

Davis said the organization is trying to apply original thinking learned during the pandemic to the social aspect of the celebration.

“We’re trying to make new things fun and entertaining,” Davis said. “We ended up doing a bunch of new stuff this year, so I think people will be pleasantly surprised that there’s been such a change in a main event like this, but it’s a good change.”