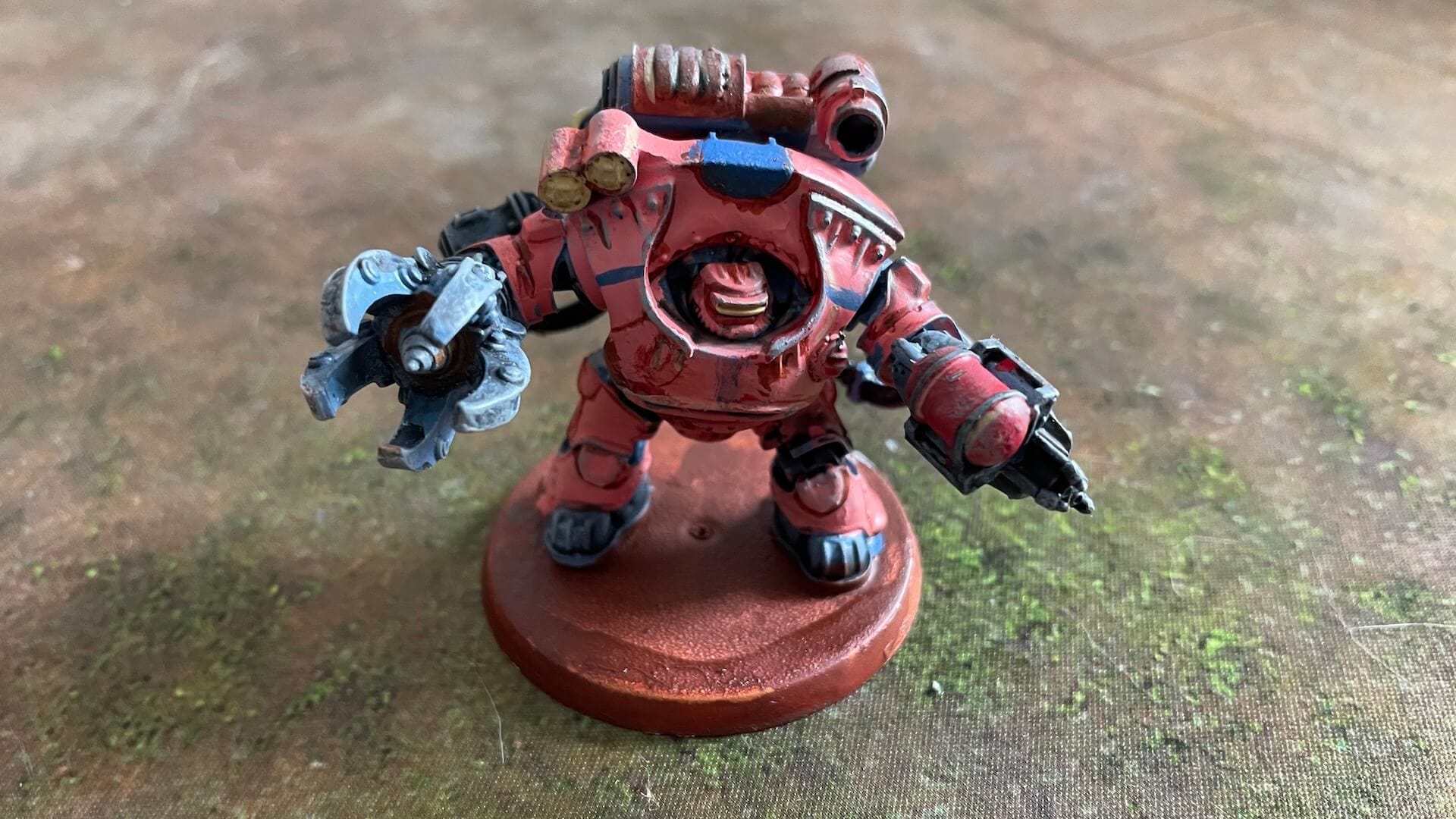 For the Ironhead Squat Prospector gangs that populate the Ash Wastes of Necromunda, danger and terror lurk around every corner. From savage irradiated monsters that want to tear you apart limb by limb, to rival gangs crazed with glory (who also want to tear you apart limb by limb), surviving in the harsh world of Necromunda is a challenge. But Ironhead Squats don’t just want to survive in the Ash Wastes, they want to thrive! And that means building bigger, stronger, tougher machinery and equipment to help them extract the few remaining mineral resources from the earth. Enter: The Vartijan Exo-Driller Exo-Armor Suit. Games Workshop sent us one of these models to put together and try out for ourselves. Read on for our thoughts below.

How does the Warhammer Necromunda Vartijan Exo-Driller fit into the game?

If you’re unfamiliar with Necromunda, it’s essentially an in-depth skirmish game set on the desert planet of Necromunda in the Warhammer 40K universe. And while kill team is also a Warhammer 40K skirmish game, Necromunda is much more focused on campaign play. You create a gang of fighters, give them names, equip them, and they earn experience points at the end of each battle. It’s very detailed, but the level of depth displayed here is unmatched in any other Games Workshop game. Your fighters can be captured, you can recruit not only the bullies mentioned above, but also “Hangers-On”, physically weak gang members like medics and cooks who don’t help in battle, but add power. serious bonus to your gang.

The Warhammer Necromunda Vartijan Exo-Driller is kind of like an upgraded version of your classic Ironhead Squat, with some serious firepower. They have a 4″ move, 4+ weapon skill, 3+ ballistics skill, 4 strength, 5 toughness, with three wounds. If you’re new to Necromunda, all of this means that they’re quite slow, good in combat, excellent at shooting, and tough and strong, with three hit points (as opposed to the single wound of a regular Ironhead Squat).

They’re equipped with the Vartijan Fist (it’s that big, mean claw on his right arm), which has the special traits Melee, Power (meaning it can only be parried by other powerful weapons, and the target cannot save on a roll of 6) and Pulverize (which allows you to upgrade flesh wounds to grievous wounds with a good roll). On the Vartijan’s left arm can be equipped either a Heavy Flamethrower, which shoots flames in a template across the battlefield, or a Vartijan Heavy Bolter, which can also devastate enemies in a hail of bullets.

In addition to these weapons, the Vartijan Exo-Driller has special rules, including the ability to be added as an additional sentry when setting up the battlefield, and has a suite of sensors, giving it three additional inches of visibility in low visibility conditions. All in all, the Vartijan plays exactly how it looks. It traverses the battlefield, soaking up damage and unleashing devastation on rival gangs. Because it’s slow, it’s best not to let it tangle with faster hit and fade style enemies, and vehicles with a decent player piloting them might unravel your plans with the Vartijan, but if you can catch a bunch of gangers in his flamethrower, you’ll do the kind of damage rarely seen in Necromunda.

What does the Warhammer Necromunda Vartijan exo-driller build and paint look like?

It should be noted that the Warhammer Necromunda Vartijan Exo-Driller is a model from Forge World. That’s great, because it means there’s so much extra detail. But if you’re only used to assembling Games Workshop plastic models, a Forge World model might surprise you, because it’s made of resin. After washing the Vartijan Exo-Driller in mild soap (to remove mold release that might chip a later paint job), I assembled with super glue and, because I’m impatient, super accelerator. glue. The pieces are all lightly notched and fit together perfectly, making this one of the easiest Forge World models I have ever assembled.

Painting it was an absolute blast, I decided to go for this washed out salmon color with blue highlights. And after basing the white and adding a few layers of my base color and a bluish gray to the metallic parts, there was nothing more needed than some shading, a dry brush with some light gray to bring out the metal and add small details.

What are our final thoughts on exo-Driller Warhammer Necromunda Vartijan?

I love the look of this model. It’s this kind of short, rounded, almost stubborn design that I think fits the philosophy of the Ironhead Squat Prospectors so well. The gear he has, from weapons to sensors, makes him a formidable force on the battlefield, and I’ll definitely be adding him to my prospector gang in the future, which we’ve already covered in a tour. horizon of the latest Necromunda releases in June.

If you’re building an Ironhead Squats prospector gang, you should strongly consider adding a Vartijan Exo-Driller to your collection. If you’re just looking to get into Necromunda, you might want to consider an introductory product to the game, like the Ash Wastes Beginner’s Box.