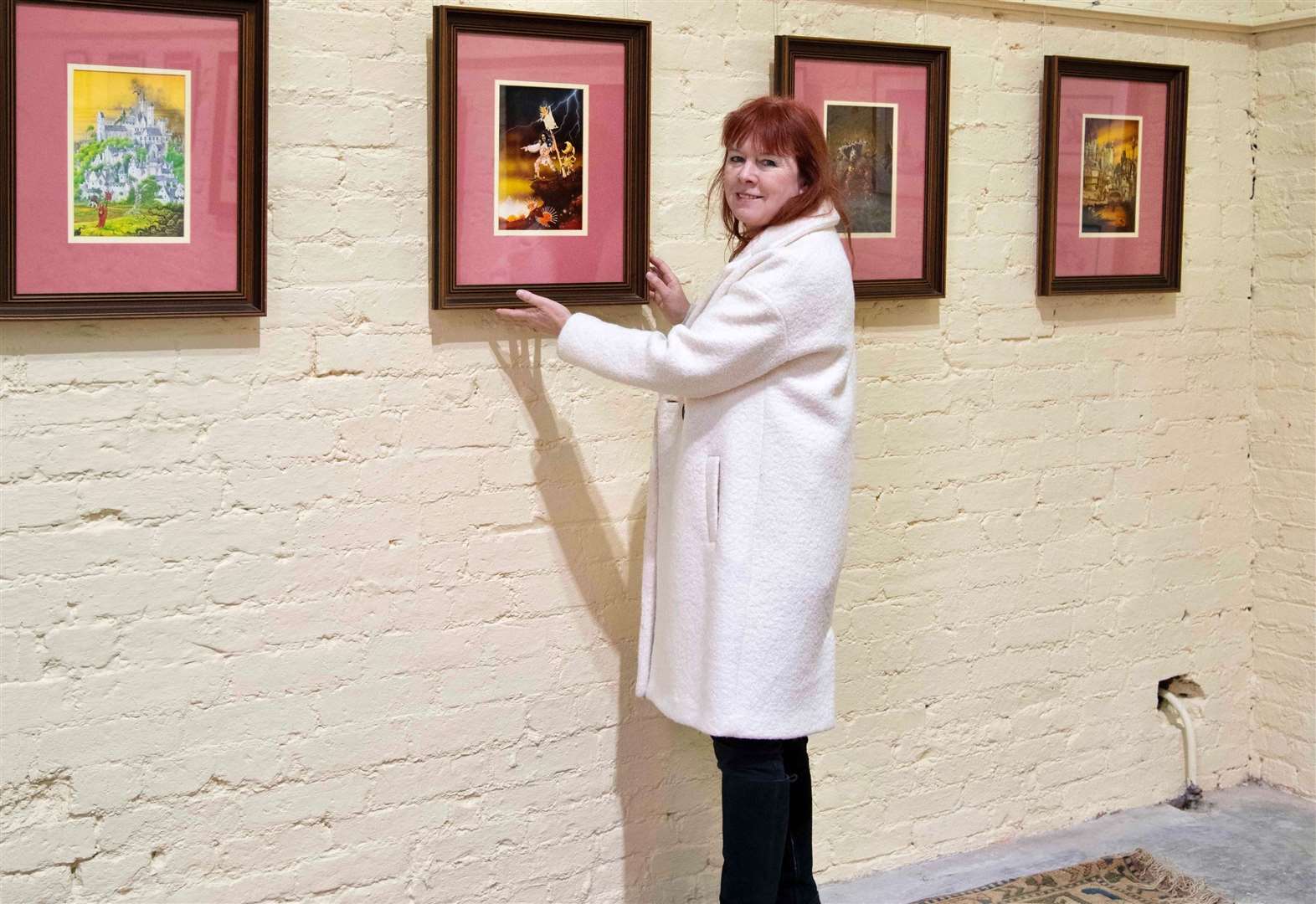 An exhibition of artwork and dioramas from the Newark company that created Warhammer, the tabletop game that became a global phenomenon, is underway.

Harry the Hammer and Friends: An exhibition of art from the early years of Warhammer, Citadel Miniatures and Games Workshop will be on display at Stoke Hall in East Stoke until December 12.

The show includes the original painting from the game’s first set, featuring the central character Harry the Hammer as he has come to be known, and dioramas from Warhammer, as well as paintings by Chaos Broo, the cover of the First Citadel Compendium and Mona and the Moon Man.

As a successful global brand, Warhammer was established at 10 Victoria Street, Newark, in 1983, then the headquarters of Citadel, the miniatures division of Games Workshop.

This was a collaboration between Bryan Ansell, Richard Halliwell – known as Hal – and Rick Priestley, with in-house artwork created by artist Tony Ackland and the box cover painted by local fantasy artist John Blanche.

The five men had known each other before, but this was the first time Citadel, which employed 11 people and was run by Bryan and his wife, Diane, produced its own game.

The first edition of the game was sold as a three-volume book, with all graphics, writing and layout done on a drawing board, word processor, and copier at the Citadel office.

The game has become synonymous with Games Workshop and 40 years on the Warhammer genre – under the guise of its Warhammer 40,000 and Warhammer: Age of Sigma – is still Games Workshop’s most successful product.

This is the first time that an exhibition of the first works of art has been organized and it is rightly held at the headquarters of the Ansells Wargames Foundry company, which still produces many of the original miniatures of the Citadel dating back to the 1980s.

Diane said: â€œIt’s been 30 years since Bryan and I left Games Workshop and this will be the first time that original art has been exhibited. I’m sure players past and present will be interested in coming to see our amazing collection.

â€œAt Newark Citadel we were one big happy family, we socialized a lot together, dining out and going to clubs and concerts in Nottingham. There was no office policy. The only dissatisfaction was with the coffee machine and whose turn it was to refill it.

â€œIn 1983, while Games Workshop had been printing its own in-house magazine, White Dwarf, and its own games since the late 1970s, at Citadel we had only produced advertisements and promotional material to be included in our mail order orders. .

“We received no help from Games Workshop, but Warhammer became a huge worldwide success which is still going strong today.”

Tony Ackland added, â€œI was working at Wedgewood in Stoke at the time and it was a natural progression that I would be working for Bryan full time as I was ready to move.

â€œI wanted to be involved with Bryan and what he was doing. He was the only person in the Midlands who was ambitious and undoubtedly the driving force behind Citadel and Warhammer.

â€œWe had hardly any equipment. We had a Xerox word processor, which printed like a typewriter, while I had a plastic drawing board that I brought with me and we also had a copier. That was it.”

Bryan said: â€œWorking with the early Citadel / GWs was a really nice way to make a living. The company has remained of a good size which has allowed us to do interesting things without getting too bogged down in bureaucracy or internal conflicts. A realm of benign chaos itself!

“I have had the opportunity to be in the center of things, to witness these exciting times of early growth up close and to work with many stubbornly idiosyncratic, talented and caring people.”

What’s it gonna be… right off Wadley Avenue?