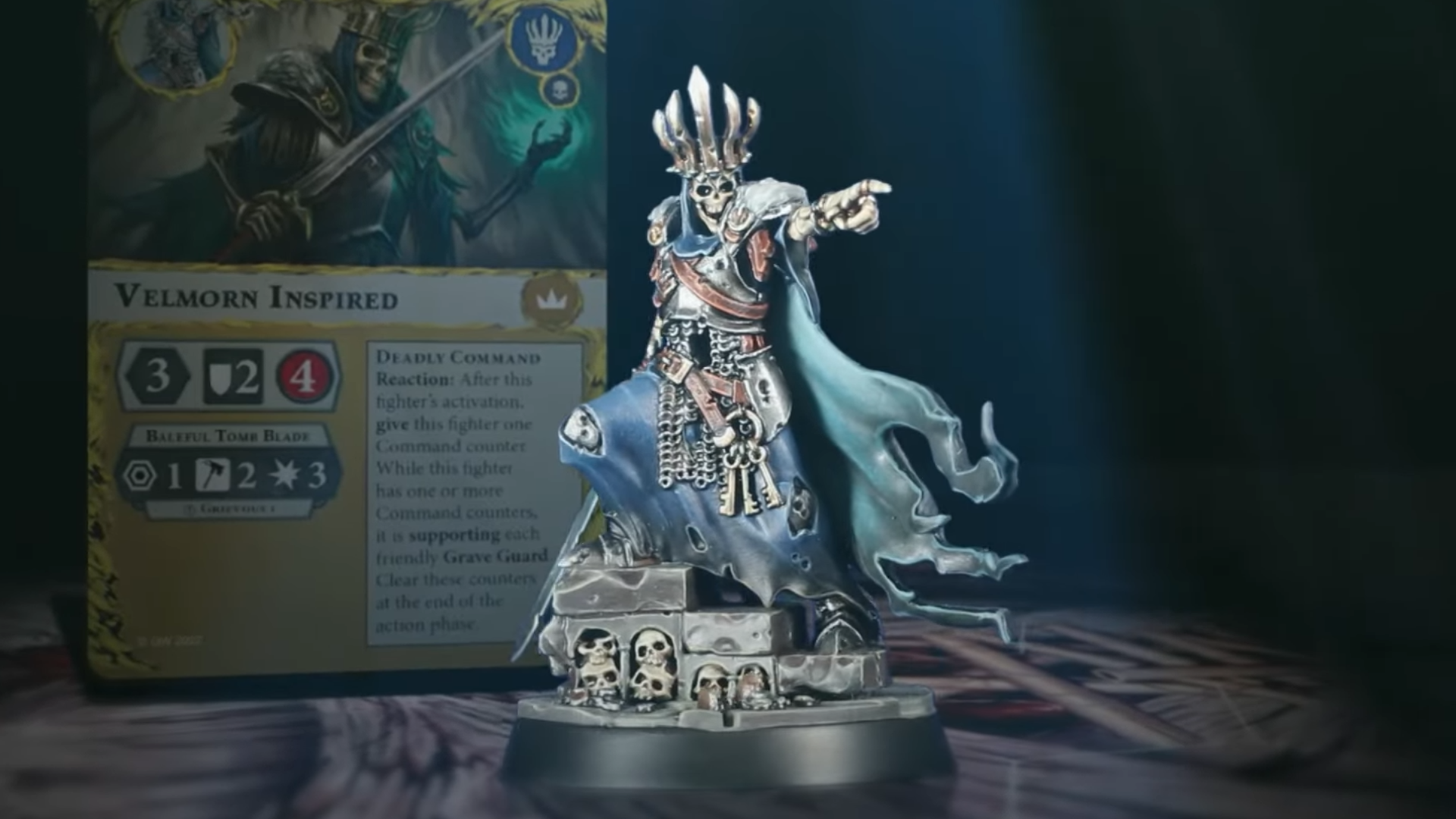 Announced in a post on GW’s Warhammer Community website on Monday, September 26, this will be the first Warhammer Underworlds to be set in Ghur, the Realm of Beasts – the same setting as the recent Warcry: Heart of Ghur box set. We don’t know yet what the warbands will be Do in Gnarlwood, just that it’s about venturing into “colossal root caverns beneath a man-eating jungle”.

The Warhammer Community article provides an overview of the models for the two new Warbands included in the Gnarlwood set. The Gnarlspirit Bundle are an offshoot of the chaos-aligned Darkoath tribes, blending chaotic and bestial iconography, while the Son of Velmorn are a band of skeletal warriors who mix the visual identity of Soulblight Gravelords’ recent Deathrattle Skeletons, for Age of Sigmar, and the older Grave Guard kit.

WarCom remains coy on the rules for warbands so far, hinting that the Gnarlspirit pack “let their bestial nature take over for even greater strength”, but gives us nothing concrete yet.

However, the video that accompanied the WarCom Announcement contains a few maps, most of which are fuzzy blueprints, but the Inspired side of King VelmornThe fighter card is pretty readable.

After activating Velmorn gains a Command marker, which causes him to count as supporting each Grave Guard in the warband.

According to GW, the Gnarlwood box set is “the most accessible Warhammer Underworlds core set ever released”. Advanced rules are separated into their own section of the rulebook, which should make it easier for beginners to get started and veterans to reference what they need to know for competitive play.

This set also increases support for the Rivals format (introduced in the previous season of the game) that uses pre-constructed decks designed to provide a uniform playing experience and an easy entry point for new players.

In addition to a Rivals deck for the Gnarlspirit Pack and Sons of Velmorn, Games Workshop showed us two new generic Rivals decks, usable by any warband. This should allow players with an older Warband to jump straight into a game with their friends.

A new season of Warhammer Underworlds also means new mechanics and an injection of new universal cards into the competitive format.