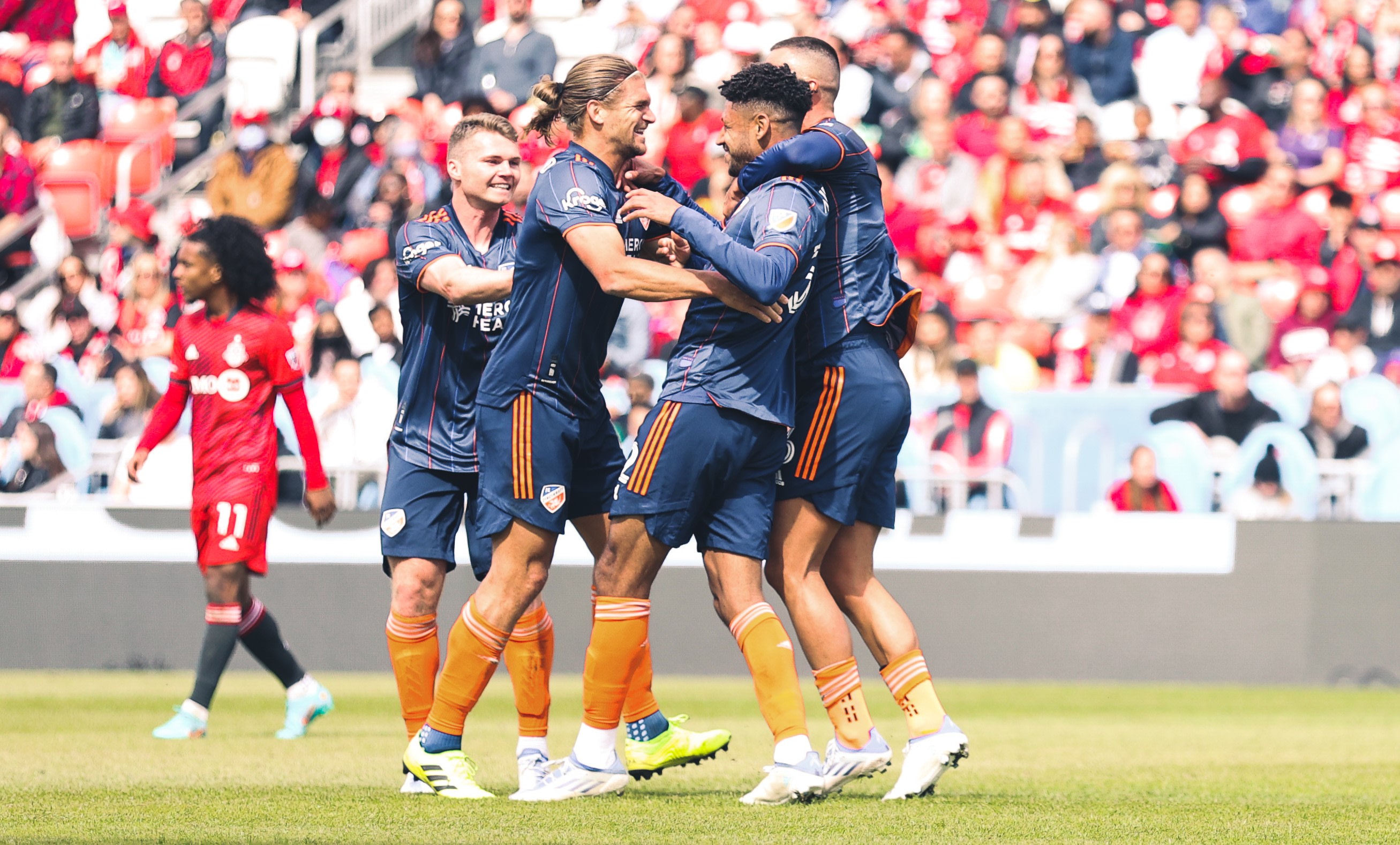 “I think that was a big three points, considering recent games and not finding a way to get a point or three. LAFC game, good road point in Atlanta, but before that the loss at home, I believe it was Montreal, was the previous one. It’s important to get back in the win column. Until their goal, I was really happy with the way we played and managed the moments of the game to to have quality in the future, to have some confidence playing with the ball on the ground. And defensively, I think we did a good job against a team that knows how to move the ball well, and has quality in the middle to be able to cause problems. I was really happy with the way we positioned ourselves to get three points. I thought that once we conceded the goal it certainly shook us up. Because I think we kinda stopped playing. [We] started playing a little too direct where the moments weren’t conducive to direct play, didn’t have the movement to play under pressure as they did a good job of starting to throw numbers and put us under pressure , and we just didn’t handle those moments with much quality. So that’s the part that we still need to improve as a group, find ways to play and stay confident with a lead. But overall it was an important victory for our group.

By closing the game on the road

“Getting a two-goal lead is definitely helpful. I think the engagement of our forwards on the defensive side of the ball was effective. It helped Junior [Moreno] and Harris [Medunjanin], it helped their back four make them a bit more predictable. And I think we did a really good job of doubling the ball and widening the channels to win balls to then regain possession and look to play forward… but I also think that was the mentality of the road . And understand how to meet the challenges on the road, when you have to defend for longer periods against quality opponents. How you should go after the ball in a way that makes teams feel uncomfortable. I thought that was an improvement in this particular game over maybe some of the other road games where we were dropping, dropping, dropping, and taking on more pressure than necessary. I think it was a defensive improvement, so I was happy with it.

“It will go up from here. Again, he comes from a real league in a team that he faced very good players, and in very good atmospheres. So it’s not a shock to his system. I think you can see it with the way he closes the ball, how brave he is in those moments not only to win the ball but also to get his head up and find a pass that breaks some pressure. He wasn’t shaken by the fact that it was his first few minutes with a new team, you could see that. I was very pleased with the minutes he gave us, and it’s no surprise how professionally he handled it. »

“It’s not ideal. You want to play teams at different stages of the season and not have to do it in five days. I don’t think either team wants to play each other five days apart, but that’s the reality. And so now it’s really about going back and analyzing that game and seeing how we were able to be successful and then the areas where we were challenged and understanding how we can best expect that they tackle the game on Wednesday. There will definitely be things that will be a little different. But I’m happy to have gotten the three points in this first game of the two, and now it’s about figuring out how to approach these next few days to ensure that we have the same approach with more energy, with more quality at home, to win in front of our home fans.”

“It’s very important. I think when we scored the second goal we gained more confidence. It’s very good for the group.

By playing with several pairs of central defenders

“My mindset in these games recently has just been trying to get the job done and fill in and help the team. Premier Geoff [Cameron] was out, so it was me and Nick [Hagglund] against Pittsburgh, then me and Tyler [Blackett] against LAFC when Nick got the red card I just wanted to fill in and help the team anyway because obviously these three guys are great central defenders.