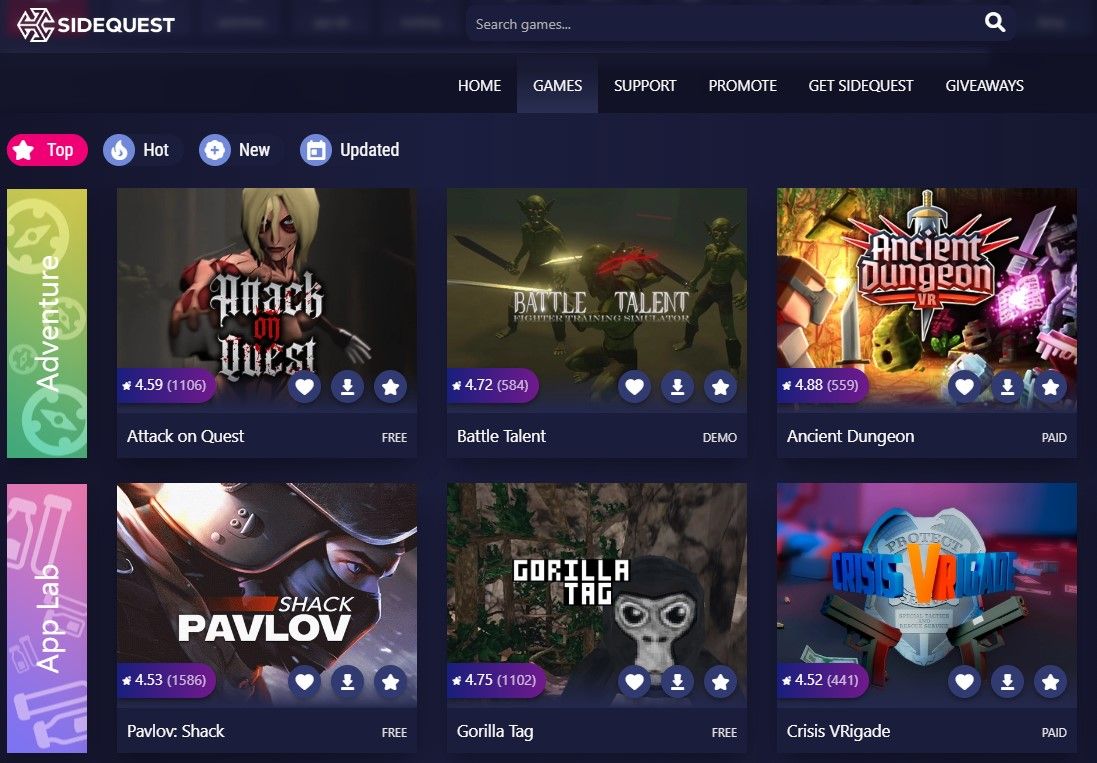 What do you want to know

SideQuest, the third-party app store for Oculus Quest virtual reality headsets, can now be accessed while wearing the VR headset instead of using a PC or the Android mobile app. SideQuest allows users to download VR apps and games that are not available on the main Quest Store via sideloading.

Before today, Meta Quest 2 users who wanted to try new experiences like the recently released Shadow of the Colossus VR or unofficial VR ports of classic games would need to install the games through the platform’s website on a PC or the mobile app.

The company today released an experimental public beta version of the platform that can be used in the headset. Users will still need a PC or phone to enable developer mode and enable sideloading, but only once.

After that, downloaded games can be installed from the store directly from the headset with the SideQuest VR app and access all features of the website. Players can also download popular games like Gorilla Tag and Pavlov: Shack from the App Lab, which has more VR apps than the official Quest Store.

SideQuest has detailed some of the release’s features in a Reddit post which benefits VR developers and gamers such as built-in diagnostics to detect issues and provide immediate solutions. The new version also simplifies file transfer with auto-detect folders and an option to enable Media Transfer Protocol (MTP) from Settings.

The company has also provided tutorials on how to create custom homes and integrate them into games. SideQuest will continue to work on the beta software and said it will soon be translated into “all major languages”.

The Meta Quest 2 offers increased power, resolution, and flexibility over the original virtual headset. It’s a complete all-in-one headset that doesn’t need to be connected to a PC or smartphone to work.