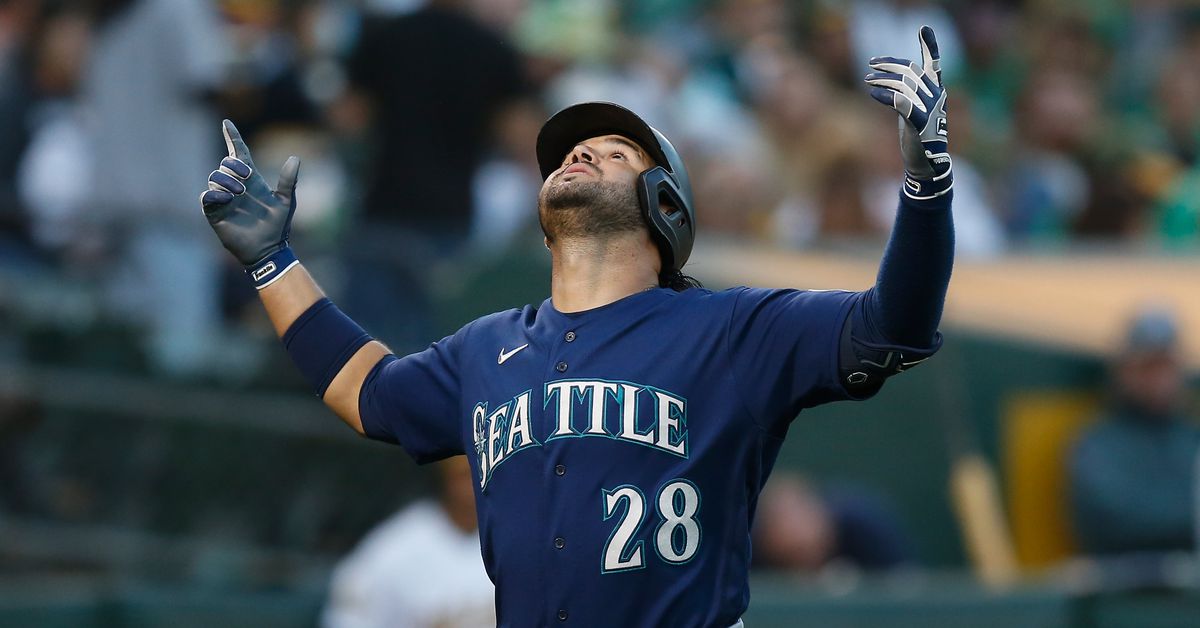 Sailors celebrate the spirit of summer and dismantle Oakland 10-2

Seasonal rituals are as deeply embedded in most human cultures as music, dance, and food. In agricultural societies, these were/are mainly related to the main events of the year centered on culture. Generally, you see rites intended to improve luck or the favor of the gods during the planting season at the beginning of the year and celebrations of grace and bounty during the harvest season. The human brain has evolved to be exceptional at pattern recognition (it’s supposedly what’s allowed us to rule the planet) – what better patterns to celebrate us than the most trusted global patterns of them all?

It is easy to think of ceremony and ritual as activities that belong to the divine, to the faith, celebrations that exist on a societal level. But you know what? It can be more than that – it can be smaller than that. You and your friends play a great board game every day of the year? It’s ritual, baby. The big family barbecue you go to every 4th of July, even if you’re going to have to hear your uncle Kevin tell his motorcycle story for the 20th time? Summer ceremony, my man.

Seasonal Recognition can also become even smaller. My favorite drink over the past two summers has been gin and lemonade. It’s easy to make, and you can top it with fresh berries (or even flavored syrups if you want to get real fancy). It’s delicious, and for me, there’s absolutely nothing that feels more like summer than sipping ice cold gin and lemonade with my partner and watching a Mariners game. It is a summer ceremony in which I participate all summer to pay tribute to this wonderful season.

In the end, it was the perfect game for the Mariners to participate in this liturgy. I could get poetic about why this game was so good, but I don’t think I could say it any better than the father of one of our writers…

This game took a while to really hit its stride, but boy, I’m telling you, I let out a cackle when I saw who was taking the mound for Oakland – none other than Seattle’s public enemy #1, Cole Irvin. For those who don’t remember or weren’t there last year, he was the guy who bashed the Mariners after they got bombed by them, and kept getting bombed by them all the year until it issues a rather embarrassing public retraction. This storyline was easily one of my favorite parts of the 2021 season, and I had a pretty good feeling we were in for a fun game.

As I said, however, it started slowly. A bloop from Julio, a soft single from Ty and a double play ball from Winker led to the Mariners’ first inning. As one commenter in the game’s thread pointed out, GIDP RBIs still feel a bit funny. Although Mitch absolutely burned through a line drive with an exit speed of over 110 MPH and a .710 xBA, Irvin managed to avoid getting stung further into the first.

On the other hand, a somewhat Marco’s uneven first run had people clamoring for his spot in the rotation pretty early tonight. To write that our former No. 1 starter gave up an HBP, a walk, a single and a sacrifice fly to give up two runs on four consecutive batters is not sound good. I still argue, however, that he didn’t pitch horribly. He worked in all of these accounts in advance and usually located his locations where they wanted them. The walk was a 10-step masterpiece from a Sean Murphy AB, and the single and fly bag came on well-placed changes. The run on the single could also easily have been a home plate out, if Haggerty’s pitch hadn’t hit Nick Allen in the legs on its way to home plate. It happens sometimes.

From then on, Marco played as well as you could ask of your fifth starter. He allowed one hit over the next three innings, helped by incredibly athletic play from Cal Raleigh to deflect an off-line pitch from swagger ham Hag Swimmerty Samuel Haggerty in a exciting outing to the plate.

Is there a more exhilarating game in all of baseball than a tight home plate game?

On the other side, coLe Irvin, after a few sleepy innings of the Mariners at bats, began to lose his grip. After allowing a single to Mitch Haniger (another absolutely scalded by Mitch), he gave up the lead early in the fourth inning on an immaculate mood. Home Run:

Want deja vu? Let me fast forward to round 6. With the score now 3-2 and Oakland technically still within striking distance, Irvin allowed Eugenio to go into full hero mode for this game.

Winker walked another, and if Oakland were a better defensive team, they would have been knocked out in second on the next play, a perfect double play hit by Haniger. However, shortstop Nick Allen fumbled the ball and the throw to the first was late. It took two for Suárez, who absolutely erased that ball in the deepest part of the park. If both runners weren’t Irvin’s fault, this one certainly was – that pitch was as overhanging as possible, in the center of home plate.

The Mariners, unlike the A’s, have found a permanent home – they seem to have taken up full-time residence in Cole Irvin’s nightmares. Irvin left the game with a six innings pitched line, allowing five earned runs, actually lowering his career ERA against the Mariners at 8.36. It’s safe to say that I got what I wanted from this game.

Marco had his own problems late in the sixth. He recorded one before loading the bases. At just 79 shots and with a four-point cushion against the Literal Oakland A’s, I thought he was going to have a chance to work on this one. Manager Scott Servais ended that though, calling young Matt Brash out of this jam. Brash has been absolutely phenomenal since his call in the bullpen. In his 14 appearances, he has an FIP of 38 (that would be 62% of the league average), a K-rate hovering around 38%, and a BB-rate closer to 11%. Brash got a rod on a nasty breaker before a soft ground ball for JP to take care of things.

Although he surely got an assist from Brash and the defense, Marco has a nice line to claim at the end of his night with 5.1 innings pitched, giving up just one earned run. I think that should be enough to keep him in the rotation for another round.

Starting in the seventh inning, we had deliciously fun and relaxing baseball. The Mariners continued to play add-ons, adding a pair of runs in the 7th and 8th innings with a few chained hits to small ball and old times. France, Winker and Jake Lamb all recorded RBIs in those innings.

Oakland, presumably saving their bullpen for a less desperate night, left Norge Ruiz (in his league debut, no less!) to die. The right-hander allowed six hits in 1.2 innings, giving up the remaining four runs (only two earned! Bad defense is bad!).

Meanwhile, the Seattle bullpen was as off as it has been all season. Matt Brash, Diego Castillo, Penn Murfee and Chris Flexen ( ) combined for 3.2 perfect innings, lowering their league best ERA even further.

In a way, this game felt like looking in the mirror at so many terrible games the Mariners have played in August over the past two decades. We would play against these teams like the 2012 Yankees, full of contributors and depth in all phases of the game, and look at our team and see all the gaping holes beyond our two good players. It seemed unfathomable that a team could have players above replacement level beyond the four holes in their lineups. It felt like nothing ever got in our way, which in itself is just a consequence of not being a good team.

Today we have to be on the other side of that. We’ve seen contributions up and down the line – 11 different Mariners have had at-bats, and all 11 have recorded success! Our fifth starting pitcher came out and only allowed one earned run! Our paddock has locked the game! Our defense made some fun plays!

This game wasn’t horrible exciting – I wasn’t on the edge of my seat, holding my breath to see whether or not the Mariners would be able to pull through. My jaw didn’t hurt at the end of this match from clenching it too tight in a high leverage board appearance. I was lounging in my garden, sipping gin and lemonade and enjoying the cool breeze on a hot day. There will be a time for those other kinds of games, filled with anxiety and electricity, full of that playoff atmosphere that we all crave. There will be games where every land feels like it could be the difference between life and death, games of jubilation and grief, games that will increase the number of blasphemies in the North West for the better and for the worst. But today? Today was just for the beautiful ceremony which is easy, low-stakes summer baseball.

Baseball, for me, is intrinsically associated with summer. Although it’s the windy, wet spring that heralds the start of the season and the crisp, earthy fall that ushers in playoff tension, the long summer nights are where baseball lives in my head. It’s certainly possible that my perspective is skewed by a whole generation of misses from those baseball games that are framed by changing leaves and morning frost on the grass and end with champagne in the infield. Hopefully this team will change that.