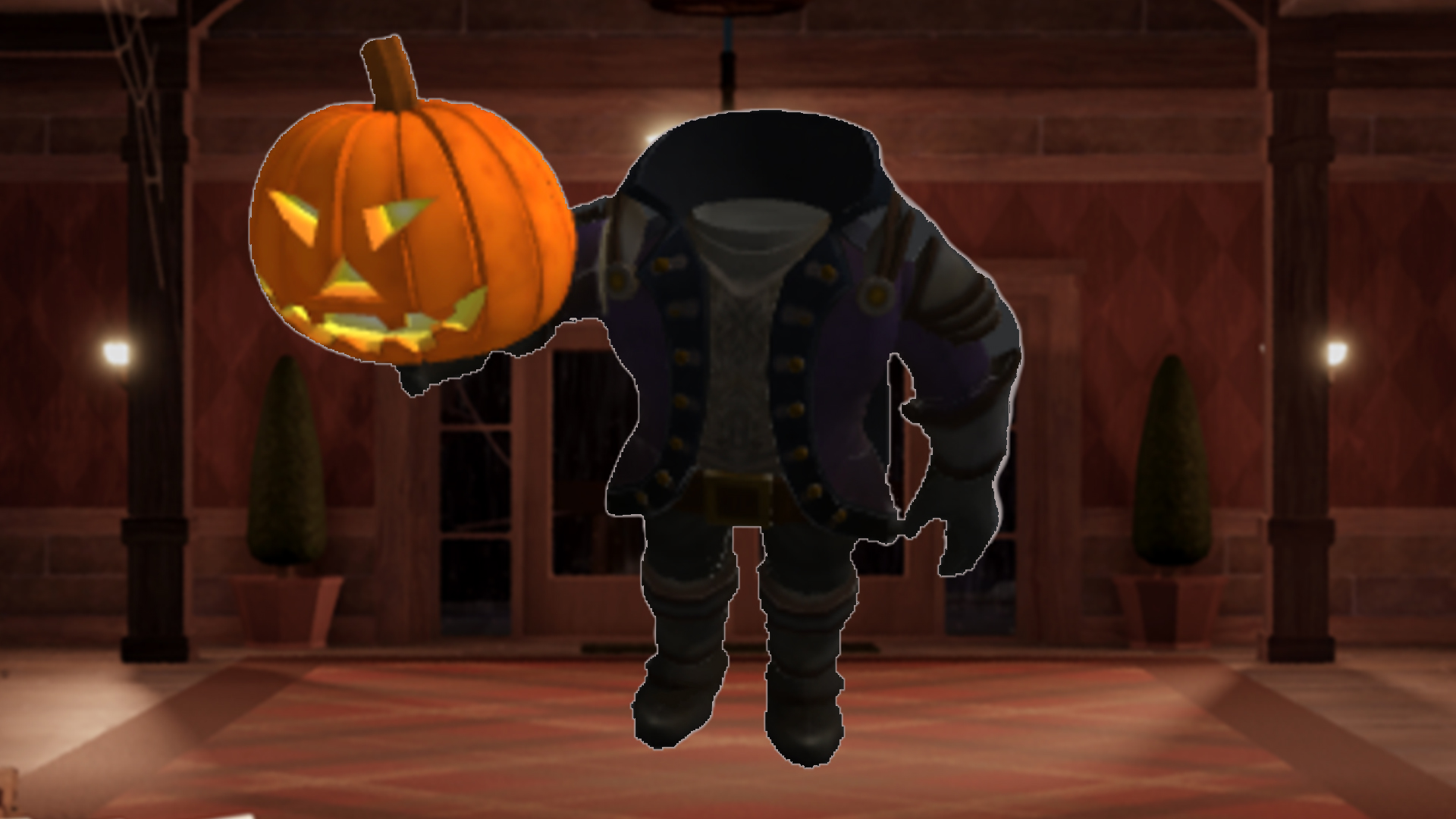 After an 11-month wait, the Roblox Headless Horseman Bundle has galloped back into the Avatar Store to haunt Roblox experiences everywhere.

The sandbox game’s popular seasonal avatar pack is comprised of digital nightmares. The Headless Horseman Bundle, an official Roblox Avatar Shop release, does not have a head attached to its torso. Instead, he has one arm extended and carries a pumpkin head in his hand.

“No, you have to believe me. He was a cavalier, a dead man. Headless,” reads the bundle description, quoting Ichabod Crane’s well-known quote from The Legend of Sleepy Hollow.

Although it appears every year, Robloxians wait for its return every year, either because they want to finally acquire it at its relatively high price, or simply to appreciate its mystique. The pack contains over 719,000 favorites in the Avatar Store.

Its popularity stems from the fact that it is the only official Roblox pack that spawns without a head. The developers achieved this effect by shrinking the head so small that it is not visible in front of the collar of his jacket. The Headless Head Avatar Item is not available as a standalone item but is part of the Headless Horseman set. Over 800,000 Robloxians have preferred Headless.

The Headless Horseman pack contains not only the headless effect and the jack-o-lantern, but several accessories related to different areas of the body, such as the chest, arms and legs. Players who purchase the pack can mix and match its components with other accessories while customizing their avatars.

Robloxians can acquire the bundle for 31,000 Robux. This equates to an appallingly high price of $387.50 at a base exchange value of 1 Robux for $0.0125. However, Robux become cheaper when players buy them in bulk. Since players can purchase 10,000 Robux for $99.99, the bundle would cost $310. Either way, many would consider it very much by Roblox standards. Presumably the price is high as the bundle is incredibly rare and of particular value within the trading community.

Typically, the Roblox team pulls the Headless Horseman Pack from the site on the 31st, meaning people who want to pick it up only have a few weeks to do so.

If you choose to shell out for the Roblox Headless Horseman bundle, you’ll have a spooky good time showing it off in the best Roblox games in 2022. You can also visit our list of Roblox promo codes for October to access free avatar gear for spooky season and check out Roblox Music Codes for October to find new tunes to play on your boombox.

Edgerunners deserves its own game