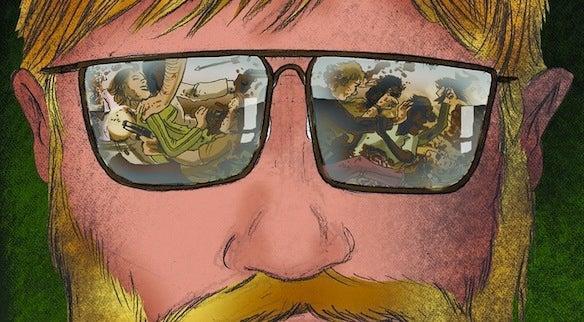 A tabletop game adaptation of the critically acclaimed comic book series mind management is back on Kickstarter for the second time. Mind MGMT: the “game” of psychic espionage., designed by Jay Cormier and Sen-Foong Lim and published by Off the Page Games, is a 1 vs. many board game in which one player takes on the role of the corrupt Mind organization MGMT, gathering new recruits across the city using a secret card. The other players act like rogue agents trying to capture Mind MGMT by tracking its whereabouts and hopefully cornering the player before it recruits 12 new agents or lasts 16 turns. The game also includes hidden rules and storage boxes designed to help the losing side in future games, with mini comics drawn by mind management designer Matt Kindt.

Originally published in 2012, mind management was Kindt’s hit and focused on corrupt mind management organization, which employed various agents with psychic powers. The series ran for 36 issues and ended in 2015. Kindt returned to the series in 2018 via a one-off comic narrated by Clint McElroy. Kindt later released a new mind management comic as an NFT, which sold for $5,000 but could still be read by anyone online.

Off-page games published Mind MGMT: the “game” of psychic espionage. last year through a successful Kickstarter campaign that raised over $150,000. Off the Page launched the second Kickstarter this week after the game garnered widespread acclaim, with popular podcast Shut Up & Sit Down particularly sparking new interest in the game after a game-focused episode aired last week. This new Kickstarter will allow fans to get a Deluxe version of the game, which comes with printed versions of 9 hidden cards that were previously only accessible online.

At press time, the Kickstarter for Mind MGMT: the “game” of psychic espionage. has raised over $300,000, with just over a week remaining on the campaign. Backers can get a copy of the Deluxe version of the game for a commitment of around $90.

He Trained On Mall Rinks For The Olympics, But Now This Mexican Skater Is Making History