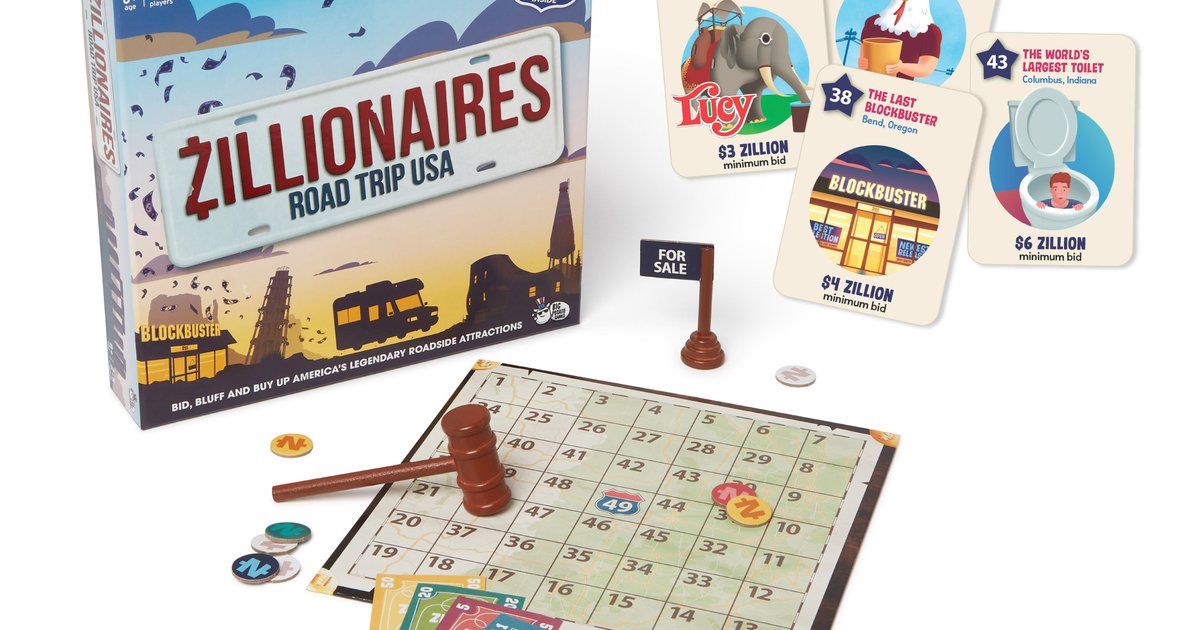 A beloved Jersey Shore landmark will now be immortalized in an all-new family board game.

Lucy the Elephant, a centerpiece of Margate, NJ, is one of 49 legendary roadside attractions featured in the “Zillionaires: Road Trip USA” game from big potato games.

The game is a mash-up of Sequence and Monopoly, a game based on the streets of another Jersey Shore town: Atlantic City.

In Zillionaires, however, players take a “road trip” across the United States as they bid, bluff, and buy quirky American roadside landmarks.

The premise of the two to five player game is that the players are the wealthiest people in the United States, with $49 billion each to spend.

To win, players must purchase four attractions in a row, but this can lead to bidding wars for unique roadside landmarks such as the “Museum of Bad Art”, “Igloo Hotel” and, of course, Lucy the Elephant.

In 1969 the elephant nearly fell into disrepair, before the Save Lucy Committee was formed and helped secure the necessary repairs, helping it to be placed on the National Park’s Register of Historic Landmarks in 1976.

Since then, the Save Lucy Committee has continued its efforts to raise funds to save the monument in creative ways. In 2021, after a failed attempt in 2020 due to the COVID-19 pandemic, the wooden elephant was converted into an overnight Airbnb for Valentine’s Day for a whopping $6,500 fee.

Lucy the elephant received a $500,000 grant from the National Park Service in 2021 for needed multimillion-dollar renovation projects, resulting in the temporary closure of the monument. The project was expected to be completed by Memorial Day 2022, but due to an ongoing lack of funding, the attraction remains closed (and is currently embroiled in a controversy over fundraising tactics, according to The inspector).

In the board game, the minimum bid for Lucy the Elephant is $3 million – IIf only someone had $3 million to donate to the preservation of Lucy the elephant.

Zillionaires: Road Trip USA is ideal for players aged eight and up and is available for purchase at stores like Target.