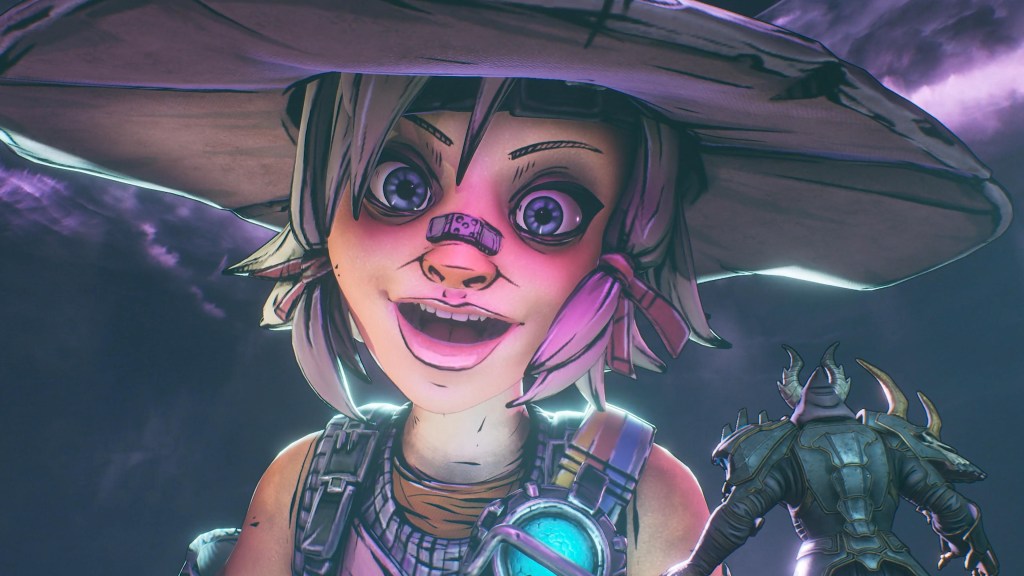 Lost in ‘Tiny Tina’s Wonderlands’ – and loving it

Tabletop RPGs hold a special place in my heart. Growing up, I spent countless summer evenings in dark rooms, settled into high-flying adventures filled with power and magic. It’s a hobby that I miss very much.

Enter ‘Tiny Tina’s Wonderlands’, the latest spin-off in Gearbox Software’s ‘Borderlands’ franchise and exactly the kind of fix this delinquent ‘Dungeons & Dragons’ gamer needed, even though it arrived in a very different package. from that expected.

In “Wonderlands”, players find themselves stranded in the titular character’s cave with companions Frette and Valentine. Their spaceship is down thanks to Valentine’s questionable piloting skills and the only way to pass the time is to play “Bunkers and Badasses” – the video game’s version of “D&D” – with Tiny Tina.

Things start out pretty predictably: you’re the hero, or the Fatemaker, and you’ve been tasked by – and I’m not making this up – Queen Butt Stallion to save the Wonderlands from the machinations of the Dragon Lord. Those familiar with the franchise will recognize the crystalline cocked hat from “Tiny Tina’s Assault on Dragon Keep.”

The adventure, however, is quickly derailed when the Dragon Lord, Tiny Tina’s most enduring creation, gains autonomy and steps out of the storyline to write a new ending that doesn’t involve her defeat by the heroes. This sets a crazy story in motion. No spoilers here, but the player gets a unique perspective through it all – the antagonist communicates directly with her character as Tiny Tina struggles to regain control of a plot she literally lost.

The writing is weird and wonderful, like in other “Borderlands” games, and possibly the best it’s ever been.

In the opening act, for example, players come face-to-face with the Dragon Lord following his resurrection by a minion. Challenged by the player character to end things on the spot, the Dragon Lord casually remarks that the hero never beats the villain in the first quest, before making what would otherwise be a predictable escape.

“Wonderlands” also lovingly skewers other high-fantasy RPGs, including “The Witcher.” In a side quest aptly called “The Ditcher”, Gerritt of Trivia – a replacement for Geralt of Rivia – gives the player tasks they deem necessary but under their legendary hero status. Once the busy work is done, Gerritt shows up to proclaim his awesomeness and slay the eldritch creature you’ve (sort of) teamed up to put down once and for all, only to be pulverized instead. It’s a payoff that’s telegraphed well in advance but is nonetheless enjoyable to watch unfold.

Players have considerable freedom in how they approach the game. There are three difficulty levels – easy, medium and hard – and half a dozen classes to choose from. These classes range from close and personal specialists such as the Stabbomancer and Brr-zerker to long-range damage dealers such as the Spore Warden and Spellshot. There’s also the Clawbringer and Graveborn, both of which feature companions who fight alongside player characters.

Eventually, players can select a second class. On my first playthrough I started as a Clawbringer and then added the Spore Warden class. It gave me the ability to switch between powerful melee and ranged attacks, as well as access to two companions – a fire-breathing wyvern and a poison-spitting anthropomorphic mushroom.

“Wonderlands” offers the player a blank canvas on which to create their ideal character. They even start gray, a reference to the unpainted miniatures used in tabletop RPGs. Almost every aspect can be customized, including preferred pronouns.

The voice acting is another strong point. Ashly Burch reprises her role as the frantic Tiny Tina, Will Arnett makes the Dragon Lord more relatable than repulsive, and Andy Samberg and Wanda Sykes lend their comedic chops to Frette and Valentine.

As a “Borderlands” veteran, “Wonderlands” felt instantly familiar. Despite its fantastic setting, the game is still a first-person shooter at its core. This reality is even acknowledged by Valentine the first time the player character picks up a handgun thinly disguised as a crossbow. But the weapons – and there are plenty of them – are certainly fantastic, ranging from Ghostbusters-style proton blasters that spit beams of poisonous energy to submachine guns that rapidly spit out rows of frozen projectiles.

The gunplay is fast and fluid and I found it better to shoot from the hip than aim down sights. Taking the time to line up a shot often felt too risky, especially in tougher encounters. It’s a game that rewards constant movement and good situational awareness.

The game isn’t without its flaws though, and inventory management tops the list. Like previous entries in the looter-shooter series, “Wonderlands” throws heaps of gear at the player. Sorting through the different weapons, armor, and magic items can be tedious, especially at first, as your backpack quickly fills up with items. Figuring out what to keep and what to throw away slows down the game.

Some of the outside world activities are also a bit bland. These include enemy encampments and dungeons, which can be farmed for experience and loot, but offer the same cookie-cutter experience of fighting off a wave or waves of enemies. However, there is an added incentive for clearing dungeons, as they often provide rune coins which can be used to unlock perks such as increased movement speed.

These activities unnecessarily complicate a game that already has a lot to do. The main quest consists of 10 chapters, plus an endgame activity that allows players to test their skills in more difficult versions of the aforementioned dungeons. Players can expect to spend 15-20 hours playing through the story and dozens more completing the numerous side quests.

‘Wonderlands’ ultimately captures the flavor of tabletop RPGs in a weird and wonderful way, and while it suffers from inventory management issues and some bloat, it’s not to be missed, especially if you’re a fan. from previous “Borderlands”. ” Games.

“The Wonders of Little Tina”