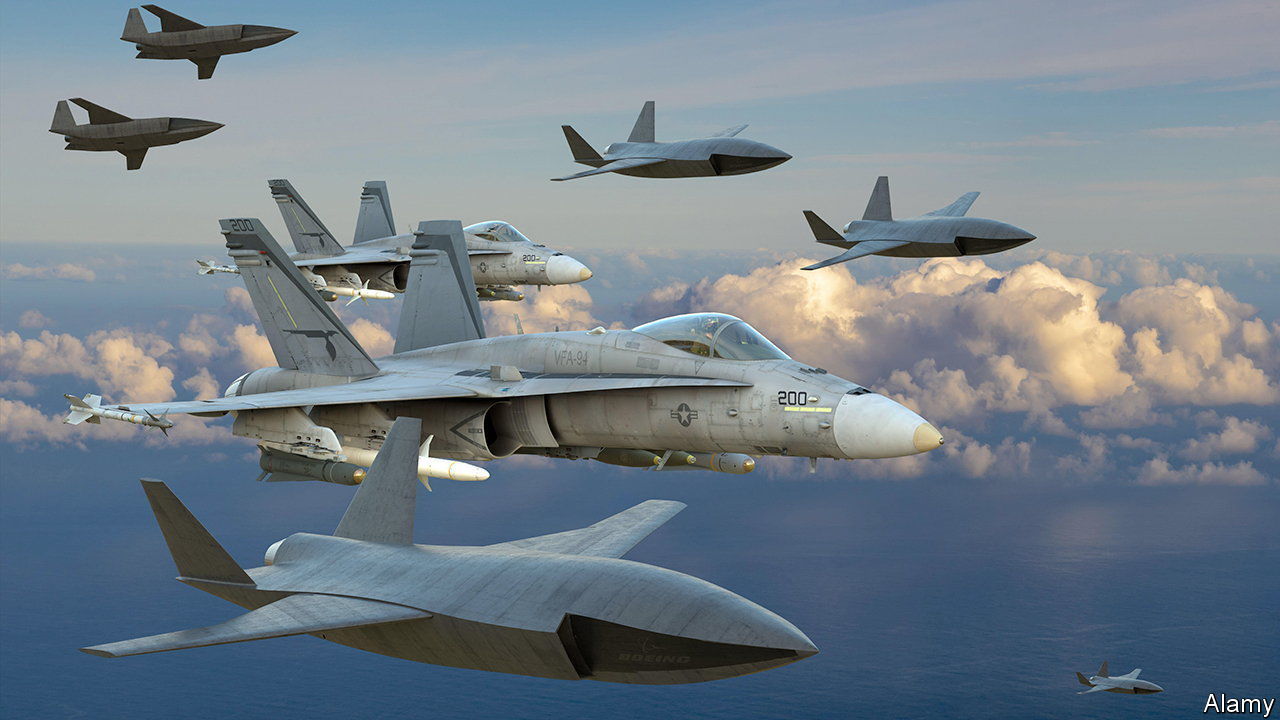 Inspiring reflection on how AI will change conflict

TThe un The expert group on Libya rarely makes headlines. But his farewell report in March was all the rage. He noted that in a battle around Tripoli last year, the Libyan government “tracked down and engaged remotely” the enemy with drones – and not just any drones. The Kargu-2 was programmed to attack “without requiring data connectivity between the operator and the munition”. The implication was that he could choose his own targets.

Enjoy more audio and podcasts on ios or Android.

Was it a true autonomous weapon, or just a smart missile? In June, the Turkish manufacturer insisted that, unlike its own marketing, for now, the drone required a human to press the button. This kind of technology is at the heart of Kenneth Payne’s â€œI, Warbot,â€ a thought-provoking reflection on how artificial intelligence (AI) will change the conflict.

In some ways, the story is familiar. It involves the interwoven stories of computing and war; recent developments in powerful new forms of AI modeled on the neurons of the brain rather than the logic of the mind; and the resulting possibilities for weapons to see their surroundings and strike with superhuman speed and precision. Mr Payne, an academic at King’s College London, is particularly optimistic about the potential of swarms, “a menagerie of specialized robots” that can concentrate to attack and melt just as quickly.

â€œThe tactical implications are profound,â€ he predicts. The offensive will dominate. Defenders will have to rely on deception, generating clouds of decoy targets, rather than protections like armor and fortification. Martial virtues such as courage and leadership will give way to technical competence. Dividing the armed forces into services optimized for land, air and sea can seem increasingly strange in a world of machines that can traverse them.

Most importantly, “Me, Warbot” is a reminder that war is more than a tactic. It is about choosing the battles to be fought, integrating them into a successful campaign and linking military victories to political goals. In short, war is a matter of strategy. And the military and the strategy are fundamentally different. Computer programs can already defeat human pilots in simulated air combat. But could they imagine the daring, swift and visionary attacks that enabled Napoleon Bonaparte to knock out one European army after another?

Algorithms can certainly outsmart opponents in games that mix skill, luck and psychology. In 2017, Libratus, a computer program, eliminated four poker stars. AI can also innovate: in 2016, AlphaGo, another program, beat a world champion of Go, an ancient Chinese board game, with movements that dazzled the spectators.

But, argues Mr. Payne, this is a sham of genius, not the real thing. These gadgets exhibit “exploratory creativity” – essentially a brutal calculation of probabilities. This is fundamentally different from â€œtransformational creativity,â€ which involves the ability to view a problem in an entirely new way, and requires play, imagination and a sense of meaning. All of this can depend on emotion, and therefore on parts of human biology that are foreign to computers. “AI is a statistical processor par excellence â€; but in essence it remains “a wonderfully sophisticated abacus”.

A competent soldier, therefore, the warbot can be a limited general. The problem is that the line between tactics and strategy can blur. Decisions made on the battlefield can have geopolitical ramifications. Take the case of the B-59, a Soviet submarine pounded by US depth charges during the Cuban Missile Crisis of 1962. The exhausted captain ordered the use of a nuclear-tipped torpedo. Aware of the stakes, Vasily Arkhipov, the second in command, refused to authorize the launch.

Would a computer have done it? “A war robot is likely to be more precise, proportionate and discriminating” than humans, explains Mr. Payne. The risk is that “a machine will not be deterred by the sobering fear that things are getting out of hand.” â–