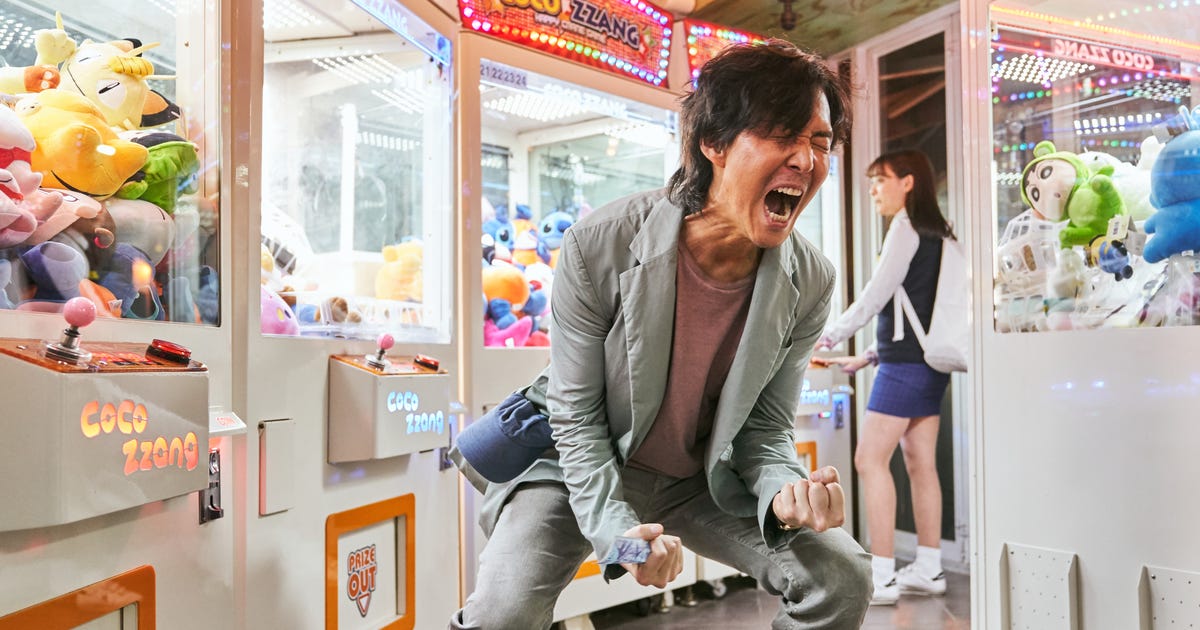 Netflix made Emmy history this week with Squid Game. It couldn’t have come at a better time.

The breakaway success in korean won two Emmy Awards on Monday night, the first non-English program to win top Primetime Emmys. Squid Game’s Lee Jung-jae, who plays the indebted protagonist in the brutal thriller survival game, won the Emmy for Lead Actor in a Drama Series. Creator Hwang Dong-hyuk won the award for Outstanding Directing in a Drama. (They are also the first Asian individuals to win these categories.)

Until this year, a non-English speaking project had never even been nominated in a major category.

The wins break a language barrier that has long prevented some of the world’s top television from earning Emmy recognition. But they are also a milestone at the intersection of two global phenomena: South Korea’s cultural wave and Netflix’s race for global dominance. After gathering momentum for more than two decades, the K wave turned into a flood just as Netflix poured in to be available – and actually appealing – across nearly every border in the world.

The Emmys, unlike other top honors, have been elusive for international breakthroughs. Squid Game’s wins underscore how much the Emmys needed an all-encompassing American service focused on global ubiquity to bring the South Korean cultural phenomenon into Hollywood’s television pantheon as well.

And unlike South Korea’s cultural exports — which include megahit boy band BTS, video games and addictive soap operas — Netflix actually needs a boost. With unprecedented subscriber losses this year, Netflix is ​​in the midst of its biggest crisis of confidence since the days when its main gig sent out DVD rentals in red envelopes.

The global cachet of South Korean pop culture, on the other hand, has never been better.

Korea’s global cultural influence extends to television, film, cuisine, beauty and fashion, but nothing exemplifies its powerhouse status quite like K-pop music. On YouTube, nine of the top 10 most-watched music videos in their first 24 hours are all K-pop, mostly BTS and Blackpink. BTS were the first K-pop group to reach No. 1 on the US Billboard 200; last year, he beat Taylor Swift with the most consecutive weeks at No. 1 on the digital singles chart.

Squid Game itself is a testament to the global popularity of korean television: It’s Netflix’s most-watched title, with over 1.65 billion hours watched in its first 28 days.

And the Squid Game Emmys arrive as South Korea experiences its peak in the highest echelons of cinema. Parasite’s upset win of the 2020 Best Picture Oscar was followed the following year by Korean Yoon Yuh-jung who won Best Supporting Actress for the film Minari. Most recently, in May, South Korean Park Chan-wook won Best Director at the Cannes Film Festival for his romantic mystery film Decision to Leave.

But since other honors reflected Korea’s growing cultural influence, the Emmys didn’t.

That’s partly because eligibility rules and voting dynamics have essentially excluded most non-English language programs from the Primetime Emmys since their inception. Unlike the Oscars, which are not dependent on country of origin eligibility, the Emmys require that any show with half of its dialogue in a language other than English be a co-production between an American company and an international partner. This partnership has to start basically at the beginning, starting with pre-production in order to be on American television.

By comparison, to compete for an Oscar, a film must be screened in a commercial theater for a week in one of six US cities. Distributing a film in the United States is not an easy task, and submitting a film to the Oscars is expensive. But the United States has an existing framework of arthouse cinemas and a long history of exhibitors large and small bringing captioned films to the big screen. Compared to getting a green light for a non-English speaking international show for US television, a single week of screenings is a relatively easier hurdle to cross.

Even with a growing ecosystem of Spanish-language television in the United States, the Primetime Emmys have remained a bastion of recognition in English. In 2011, NBCUniversal-owned Telemundo made its first Primetime Emmy campaign, launching a nomination campaign for its hit drama La Reina del Sur. The bid got no show nods, and no non-English program has been nominated in the top drama categories since – until Squid Game.

But in 2011, Netflix had yet to make its first original shows. Now, the second and third seasons of La Reina del Sur are co-productions with Netflix.

Until Netflix’s aggressive global expansion, no US media company was investing significantly in global television content accessible to global audiences. Starting in 2016, Netflix opened its floodgates.

Netflix was already operating in over 60 countries when, in January 2016, it essentially took service worldwide in a single launch. In a surprise move, Netflix more than tripled the number of countries it streamed in by adding 130 new markets at once, including South Korea.

“We’re at the start of a global revolution,” CEO Reed Hastings said at the time, concluding his keynote at the Consumer Electronics Show in Las Vegas with the news that Netflix had, essentially, just gone all-in. the world’s countries. world except China. “You are witnessing the birth of a global television network.”

Launching Netflix in all of these countries was the first step. But the longest and steepest climb was localizing Netflix’s service and programming in each of these new markets, while removing the barriers that isolated a program’s appeal in the market for which it was designed.

Localizing content meant creating and licensing productions in the new countries, for those countries. It took two years after its launch in South Korea for Netflix’s first Korean original show to begin airing in 2018. Last year, its Korean programming budget was $500 million, and Netflix has planned more than 25 Korean titles this yearmost still.

To make these localized programs appeal across borders, Netflix has embarked on a captioning and dubbing extravaganza. Subtitles and duplicates, as they are sometimes called, make programming accessible in other languages. Netflix hits like Spanish series Money Heist and French show Lupin have relied on cross-border appeal for their runaway popularity, but neither has Squid Game. When Squid Game was released, it was subtitled in 31 languages ​​and dubbed in 13 others, and 95% of Squid Game viewers were from outside Korea.

South Korea’s cultural output has soared to such heights in recent years that Korea’s reception of Monday night’s Emmys breakthrough has been mixed in comparison. But Netflix’s role in Squid Game’s historic Emmy wins comes at a critical time for the service.

After winning the most Emmys of any network or platform last year, Netflix is ​​battling this year with its biggest ever subscriber losses, especially in the United States.

Netflix’s years of uninterrupted membership growth have caused nearly every major Hollywood media company to pour billions into their own streaming operations. These so-called continuous wars caused a wave of new services, including Apple TV Plus, Disney+, HBO Max, Peacock and Paramount More – a flood of streaming options that complicates the number of services you have to use (and, often, pay for) to watch your favorite shows and movies online. It also intensified the competition to the toughest level Netflix has ever faced.

Scoring Emmys doesn’t necessarily unlock awards for service other than bragging rights. But after months of Netflix struggling with a crisis of confidence, Squid Game has at least given Netflix something historic to brag about.