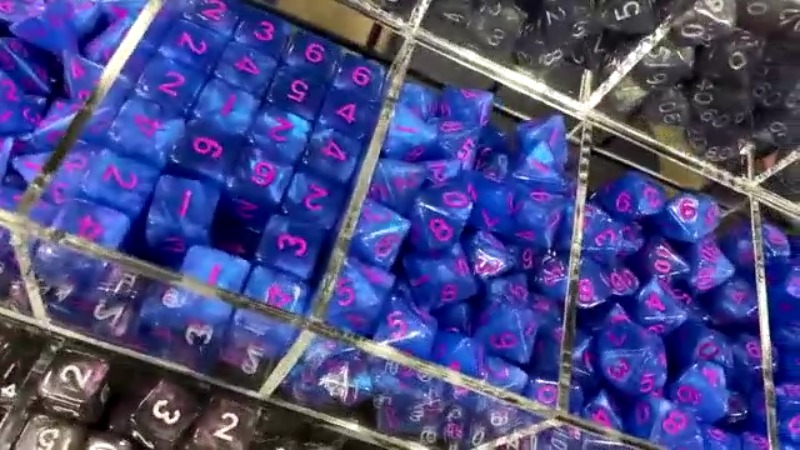 INDIANAPOLIS — It’s called “The Best Four Days of Gaming,” but a stroll through the Indiana Convention Center during Gen Con shows that this convention is much more than just a tabletop game.

Thousands of people flocked from across the country to take part in the games, shop, cosplay and more, all taking place in downtown Indianapolis through Sunday.

Over 500 game publishers and vendors fill the exhibit hall to show off what they have for attendees this year.

In addition to the newest tabletop games and latest editions of those already released, there are stalls selling all types of gaming supplies, art, clothing, and memorabilia.

The convention also features nearly 15,000 events over the four days, with the opportunity to try out new games, old games, discuss games, and all types of gaming-focused activities.

But for many, it’s not just about testing new games and playing favorite games.

Many come to the annual event for the community itself. Gen Con is lucky to find not only fans of games like Dungeons & Dragons and Pathfinder, but there are also anime fans, comic book fans, those who love Star Trek, Star Wars and pretty much n any game, movie, book, television. show or other pop culture property.

For some, this may be the first time they’ve seen friends in a long time, especially after more than two years of the pandemic.

And some simply take the opportunity to show off their own artistic nature, whether through costume, performance, or another art form.

Whether it’s someone’s first time or tenth time, all seem to find their place in the gaming world at Gen Con.

And for those making their inaugural visit, a few tips: wear comfortable shoes, bring a bottle of water, don’t be afraid to ask questions, and be sure to try something new.

To learn more about Gen Con, visit the official website.