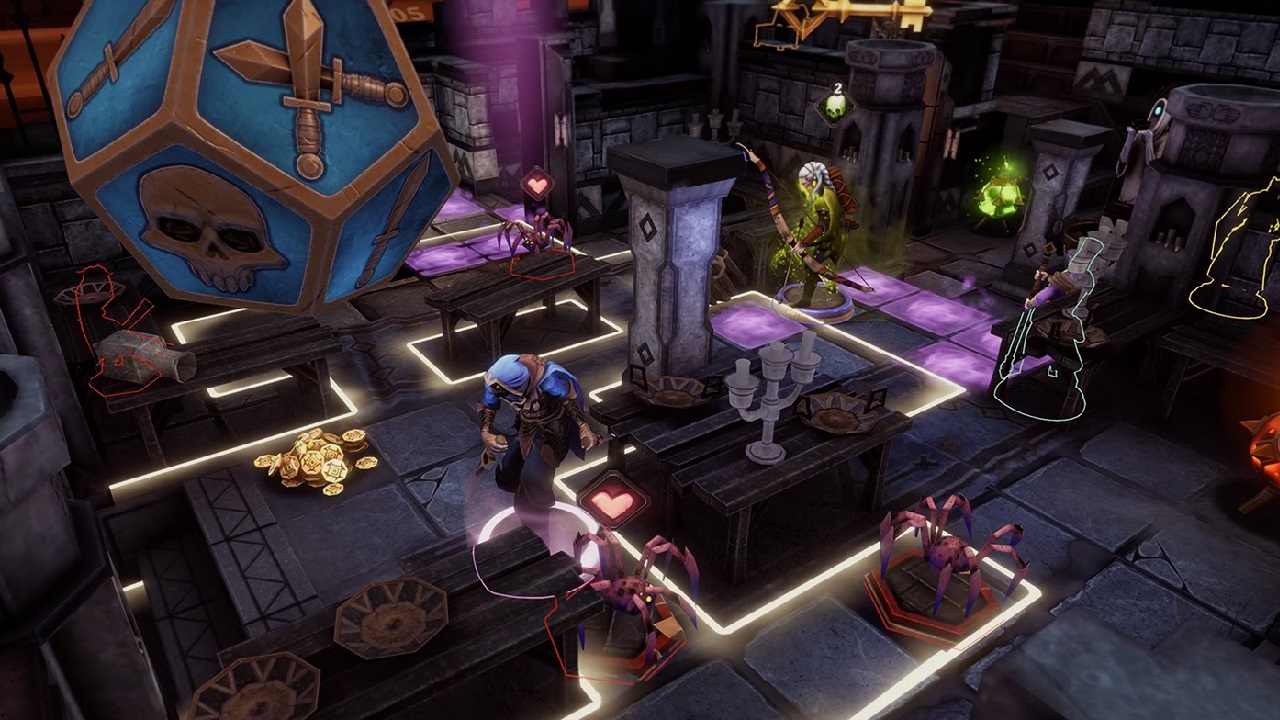 Demeo has been one of the most interesting VR experiences of 2021. In one year the pandemic has made getting together for a night of board games a dicey proposition, Demeo has come to VR platforms and empowered us to play a whole new caliber of table fantasy. A year after Demeo won hearts, Resolution is extending the fun to non-VR gamers with the PC edition of the game, and they were kind enough to invite me to an online session and see how the adaptation goes .

If you don’t know what’s going on with Demeo, here’s the recap. It is a procedurally generated dungeon crawler in which up to four players venture into a multi-story dungeon to try and kill a monster with a key and advance to an exit door. At the end of the different levels is a final floor where players must defeat a boss. Built like a living tabletop game, players take turns moving their character, playing a set of ability cards available to them, attacking enemies, and searching the dungeon for the treasure and key. Along the way, enemies will spawn and attempt to halt your progress in turn-based battles. An entire group wipe means starting the dungeon from the first floor.

One of Demeo’s greatest strengths has always been its ease of control. This has been appropriately adapted to its PC counterpart. By default, the WASD keys move the camera and you can rotate it with the mouse or the Q and E keys. Meanwhile, using the mouse, you can take your character to move it, attack an enemy, open a chest or interact with the dungeon. You can also move the slider down to access your cards and choose one to play, such as the Assassin’s Blink card allowing you to blink behind an enemy for an attack or the Ranger’s Arrow Rain card firing arrows across multiple spaces for AoE damage. This was all incredibly easy to manage and a great transition from the VR version of Demeo where you use the controllers to act as your two hands for all of these interactions.

Demeo’s environments are also faithfully recreated here. PC players won’t be able to move around as easily as VR players in this game, but you can still look around the game board at your leisure and peek into the virtual room you and your friends are in. playing. In addition, the camaraderie is intact. It was a pretty fun experience talking about our evolving game plan with my fellow players to try and make sure we all got out of every dungeon floor alive. You can play any class composition or battle each class for a wide variety of ability cards, so each group will find their own happy way to approach the game.

VR or PC, the quest continues

During the demo, I didn’t get to see things like VR/PC cross-play, mods beyond the original, or the new Bard class, but Resolution Games plans to implement all of that at launch. of Demeo PC Edition in April. . Upon release, the PC edition will be individually updated with the VR game, which means that all upcoming post-launch content and updates will arrive on both VR and PC platforms at the same time. With that in mind, my time with Demeo PC Edition has made me want to search with others all the more, and I look forward to sharing this experience with my friends and colleagues, whether they have a VR headset or not.

This preview is based on a hands-on demo presented by the publisher. Demeo PC Edition is set to release on April 7, 2022 on PC via Steam. A first demo will be available to play on February 21 via the February 2022 Steam Next Fest Event.

TJ Denzer is a gamer and writer with a lifelong passion for games. He found his way to Shacknews’ roster in late 2019 and has been working his way to Senior News Editor ever since. In between news coverage, he also helps out with livestreaming projects like Indie-licious focused on indie gaming, Shacknews Stimulus Games and Shacknews Dump. You can reach him at [email protected] and also find him on Twitter @JohnnyChugs.