Epic Games is making the action game Mecha Daemon X Machina free on the Epic Games Store for the week of January 28 through February 3, 2022.

Action game Mecha Daemon X Machina is the free game of the week on the Epic Games Store from January 28 to February 3, 2022. The game will be free for anyone who claims it within the time limit. The game will remain in the player’s library even if they do not download and install the game immediately. Epic Games gives away a new game for free every Friday, and sometimes they give away more than one. For the week of January 28 to February 3, the free game to remember is Marvelous First Studio’s Daemon X Machina, published by XSeed Games for PC.

What is Daemon X Machina?

About Daemon X Machina: The game was released exclusively on Nintendo Switch in 2019, before launching on Windows PC in February 2020. The game lets you control a custom player character, command an Arsenal mech, and fight in battle with other mech enemies. You can customize both your mech and your player avatar, and even use weapons dropped by the defeated enemy mech to use against other targets. The game features a single-player campaign mode where you are part of The Outers, a group of pilots who command mechs with special abilities. You act as humanity’s protector against the Arms of Immortals (IAs), a group of evil artificial intelligences who can control their own mechs.

After spending time in the game’s single-player campaign, players can then play the game’s four-player cooperative multiplayer. Making Daemon X Machina free for a short time will help revitalize the game’s online community. 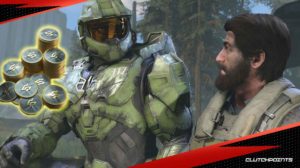