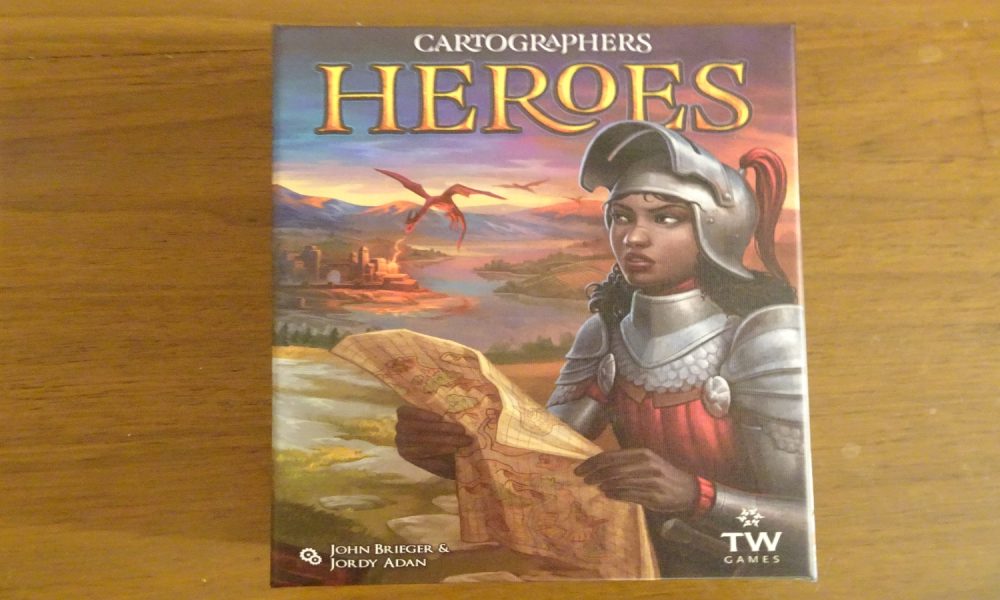 For a game about making maps, Cartographer Heroes has a hard time finding itself. Sitting down to play, there are great fantasy elements of drawing and creating a fantasy realm, but at the edge of the experience lingers the feeling that the elements of the game just don’t come together very well. Maybe by following this intuition, we begin to see cracks in something that should have been quite simple. The general feeling that cannot be shaken is that there is such a great idea here, but it failed to go where it should have.

Cartographers Heroes is a ‘Flip and Write’ style game where players flip a map each turn representing different land types in an uncharted realm, and must draw it on their map sheet. These maps can be forests, oceans, cities, etc., and each player draws the Tetris-like blocks on their map with the aim of achieving the goals set at the start of the game. Yes, there’s a weird inconsistency given that you’re playing as a “mapper”, but the game seems to revolve more around being a planner, as each player can place the currently revealed terrain anywhere on their map, meaning the terrain being explored looks oddly very different for each person.

Each game starts with four random objectives set in front of the players, and they all start with the same blank card, and at the end of the game the king will decide among all these very different cards, which one probably looks like how the land to the west actually looks like. More seriously, the winner is determined from the starting objective maps which range from having the longest line of forests, waterfront farms, or blocking entire rows or columns on the map. There is a good variety. The rest of the game revolves around flipping and drawing “explore” cards, which are unfortunately rare.

The game is played in “Seasons” and each season has a somewhat random deck of cards that is turned around, but usually resolves to around 4-6 cards per season. These exploration cards are turned over one at a time, drawn on each player’s card, and then the next card is turned over. The pacing is pretty fast, but the very small amount of exploration maps causes pretty bad repetition throughout the game. Seeing the little hamlets or the woods is cool, it’s less exciting to see it for the fourth times in the same game 20 minutes later. 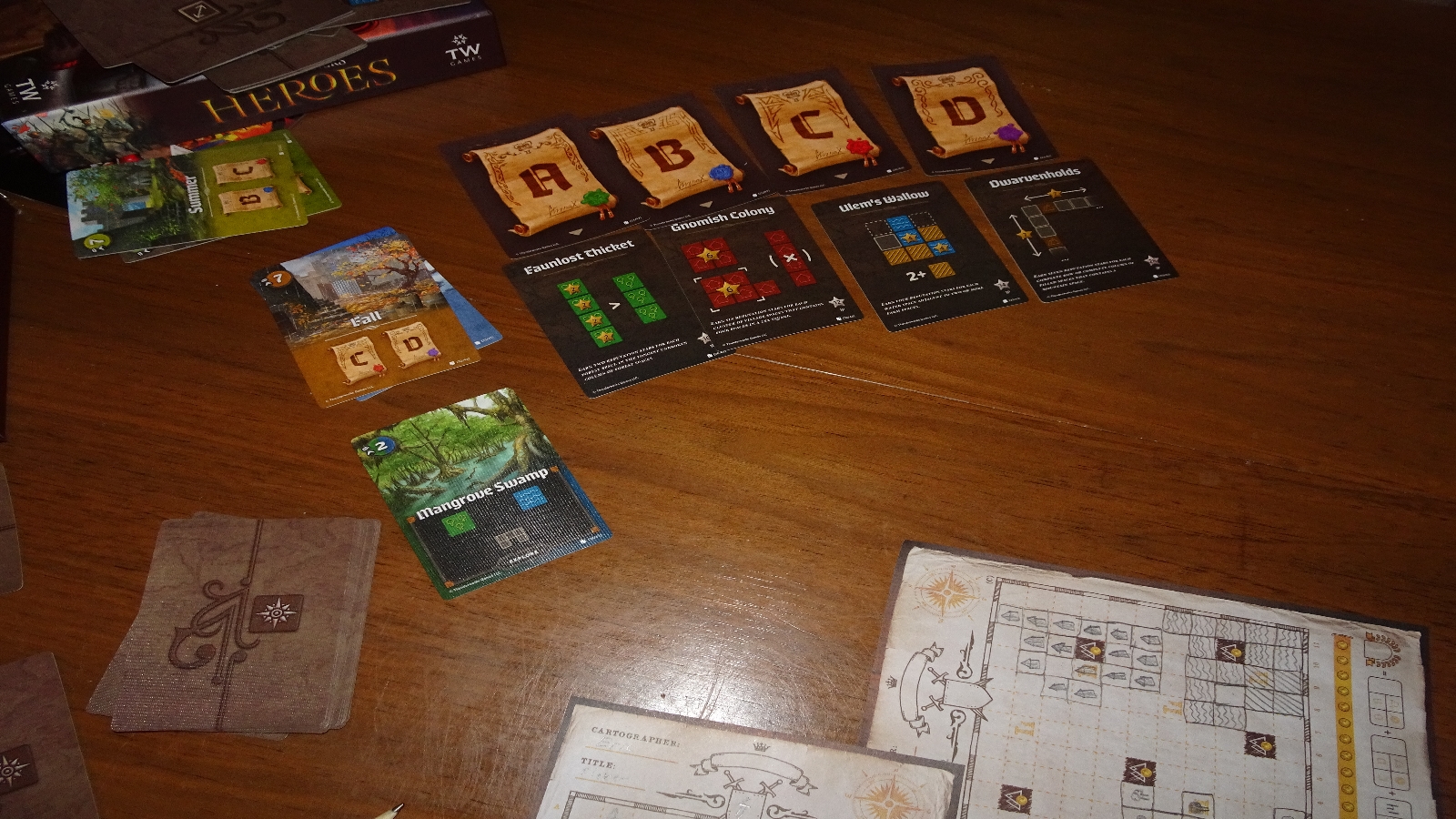 The titular heroes and monsters are ultimately a disappointment. When a monster flips, everyone flips their card left or right and draws the monster somewhere on their neighbor’s board and then returns it. These monsters are only a small part of the game and are more annoying than anything, especially because part of the fun is creating your own kingdom. Having a random zombie placed in the corner doesn’t feel right. There are also heroes that spawn and allow you to draw a few X shapes on the monsters. To say he feels screwed would be an understatement.

The only player interaction is monster placement, which leads to the very strong reality that this is primarily a single-player experience. The game goes pretty fast and it’s fun to see everyone’s cards coming together. The monsters feel whimsical and do nothing but smudge someone else’s beautiful kingdom they draw. In a way, imagine a game where the goal is to draw a picture, and halfway through, each player has to draw a thick line across it. It’s kind of pointless, and you have a subtle feeling that you’ve done something wrong.

A weird feeling occurs as you play more of the game. The core of the game is actually quite fun, it appeals to a wide range of people, and it’s satisfying to draw the lands. The fun comes from varying goals and trying to plan the perfect setup. What Cartographers Heroes lacks is obviously more exploration maps. They’re used too many times in a single game, and considering the total number of varieties one can imagine, it’s disappointing that there aren’t at least double or triple them.

For a game or two, Cartographer Heroes offers a fun change of pace from most board games, however, its problems arise fairly quickly due to its repetitive nature. Basically it’s a single player game and the monsters/heroes are more of a distraction. Drawing the perfect little kingdom is a fun experience, but the game really needs more exploration maps for new things for players to draw.