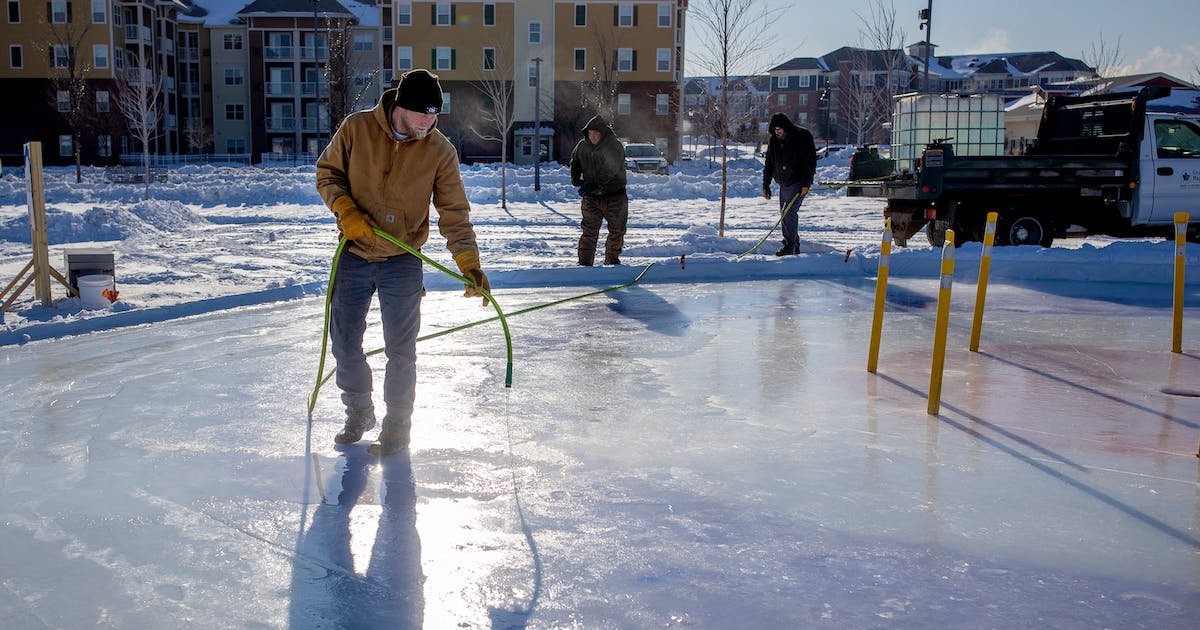 The Crokicurl winter sport that took Canada by storm has spread south of the border to Maple Grove where it made its Minnesota debut.

Never heard of it? The game combines aspects of curling and the popular Canadian board game Crokinole. It is played on an ice rink with poles as obstacles as competitors try to slide lightweight curling stones across the ice and land closest to the center.

In late January, Maple Grove built an octagon-shaped Crokicurl rink in an attempt to draw people outdoors during the colder months of the year. The game will be showcased at the city’s Winter Wonderland Celebration on Saturday.

“We hope people will come and try it out and enjoy the winter with a new activity,” said Tanya Huntley, recreation program specialist.

The city held a Crokicurl “Try It” day last month and more than 50 people played a round or two, Huntley said.

Crokinole is a game in which players throw small discs at a wooden board and, similar to curling, score points based on how far they land from the center. Liz Wreford, an avid Crokinole player, and a colleague at Winnipeg-based Public City Architecture, realized the game looked like curling and took the game to the ice.

In 2017, they launched Crokicurl at a gathering place in the city of Winnipeg and “it was a huge instant hit,” Wreford said. “It’s gone crazy.”

The game quickly spread across Canada, and in Winnipeg, mayors came to compete in an international tournament, a term combining tournament and bonspiel, Wreford said.

Wreford attributed the game’s rapid growth to the fact that it is a new winter sport that is very social and can be played by anyone at any age.

“Most sports are very skill-intensive, but you don’t need any special skills or equipment like skates,” she said. “It’s amazing to see it spread and become a beloved part of winter.”

The game was slow to catch on in the United States. Wisconsin is the only other known state to have a Crokicurl rink, Wreford said.

Crokicurl is the Maple Grove Park Department’s latest effort to get people outdoors in the winter by offering non-traditional activities. Last year, the department held an ice bowling game during the Midwinter Festival, and the year before, it created a human foosball court.

Huntley, who is from Alberta and knew Crokicurl, hopes the game will continue in Maple Grove. The city installed wooden planks to line an ice cap in Central Park and used spare parts from old lacrosse goals for the posts. A container with stones is located next to the ice rink, so everything is provided.

“It’s free. All you have to do is bring a friend,” Huntley said.

In the past two weeks, when it hasn’t been bitterly cold, a few people have been playing. If enough people embrace it and there’s interest, the city could be open to having a league next year, Huntley said.

Wreford has some tips for beginners. She said it worked well to place one foot against the sideboards and push off. And she says, “Wear knee pads or snow pants, because you spend a lot of time on your knees.

How to protect your financial information