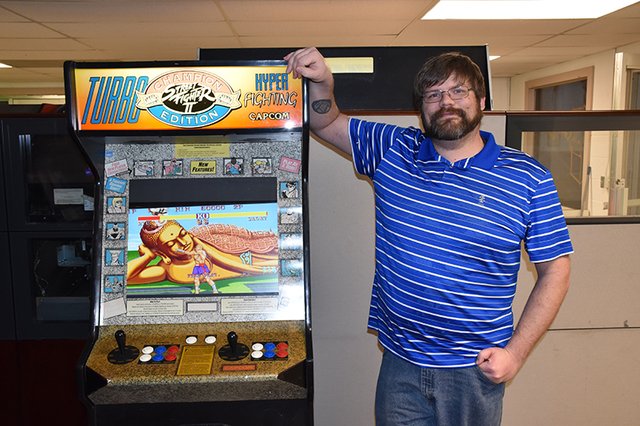 There is interest in JC Penney’s former location at Three Star Mall, although a deal has yet to be finalized.

I was talking to Industrial Development Board Executive Director Don Alexander on Friday and Don told me that one company is definitely interested, but there’s still a layer of corporate approval needed before they can celebrate.

“It’s a really good piece of retail equipment that would fit the demographics of what we need and want,” Don said. “It would be welcomed here and I’m crossing my fingers that it happens.”

It has been approximately 15 months since JC Penney closed at the mall in October 2000. It had been a staple there since the mall opened in 1981.

When Don talks about stores that fit our demographics, a chain like TJ Maxx comes to mind. Remember we are a county with over a dozen Dollar General stores, so we like things on a discount.

TJ Maxx operates more than 1,000 stores in the United States, including in Cookeville, Murfreesboro and Smyrna. I’m not saying it’s TJ Maxx because I don’t know. I’m just using that as an example of a brand that I think would do well in our mall.

As I mentioned in last week’s column, the VA Clinic is scheduled to open at the mall on March 1. This will be a boost for foot traffic. And when people go to the doctor, it’s common to also go out to eat and shop.

I will give more information when I know more.

Smooth Rapids goes with the flow

Smooth Rapids is a great American success story that started like so many other businesses – in a garage.

The business was started in April 2012 by Todd Barker, Jimmy Barker, Mickey Heath and Michael Lockhart as a kayak rental business. All the guys kept their day jobs and took turns renting kayaks as needed.

Then came the purchase of a campground on Durham Street and, in 2017, the opening of the famous Smooth Rapids Grill. The restaurant is currently closed for a massive renovation project which is underway to accommodate its growing fan base.

Jimmy added, “Once we are open again and know what we are capable of, we will slowly add new menu items.”

February 15 was marked as the day Smooth Rapids reopened. “We should be able to meet that date provided we don’t have a material shortage,” Todd said.

When it reopens, the dining room will feature a bar area with seating. There will also be a much wider selection of beers on tap, including popular craft beers from nearby breweries like Calf Killer, Common John and Happy Trails. When I asked, the guys didn’t seem too keen on making their own Smooth Rapids beer.

Another big upgrade coming this spring is a bathhouse for the campground. This will include dressers, showers, a washer and dryer area, and a few snack vending machines.

The campground stays full most weekends in the spring, summer, and fall. The public baths will be like a pearl that will enhance the guest experience.

The campground has 22 RV hookups and five Airbnb rentals which are three campers, a cabin, and a military tent. There’s even a children’s play area to accompany the refreshing fun of the Barren Fork River.

Speaking of Smooth Rapids, I should also note that the company recently purchased Tennessee Kayak and Outdoor Company, which is a kayak rental business in Carthage. Jimmy says the owner was in the mood to sell and first offered the business to Smooth Rapids.

“We’ll be doing rentals there from Memorial Day through Labor Day,” said Jimmy, who said the company has an established business along the Caney Fork and Cumberland rivers in Smith County.

Over the past decade, Smooth Rapids has grown from a part-time business to one of our community’s top attractions. Impressive.

The game is not over!

Everyone has a great memory when it comes to arcades. It’s one of the reasons Justin Blomgren opened Power Line Game Grid, a new arcade on the lower level of the Plaza Mall.

“Everyone has an arcade game they love and an arcade story,” Justin said. “I remember sneaking out of school so I could go to a video arcade when I was young. I have a passion for these games and I hope to pass that passion on to another generation.

Justin noted like so many things from the old days, arcades are making a comeback. He says nobody likes to keep a pocket of coins, so his arcade is different. You pay $5 to play for an entire hour or pay $15 to play all day.

“Seeing people smile will make me richer than anything else,” Justin said of why he keeps his prices low.

Justin operated an arcade and pizza place in Crossville before COVID issues put a damper on the business. He learned how to build and refurbish video games from his stepfather who spent nearly 30 years doing this job.

“When I started, I only had one video game,” Justin said. “Then one became two, and two became five, and five became 30. I have 16 games here now with room to add a few more.”

Justin programmed one of the games with a menu of 516 classics to choose from like Frogger, Donkey Kong, and Galaga. There are fighting games, shooting games and a pinball machine. The arcade is full of excitement and a fun place.

The arcade is open four days a week. Opening hours are Wednesday and Thursday from 3 p.m. to 9 p.m. and Friday and Saturday from noon to 10 p.m. birthday party.

Justin hopes to expand the business down the road to offer pizza and other food and beverages. It is located next to the Gary Steele Karate Studio on the lower level of the Plaza. If you have any questions, you can reach Justin by phone at (931) 881-6127.

As I reported earlier in this column, Novares is in the process of closing its local factory at Mt. View Industrial Park in Morrison.

The company first set up shop here as miniature precision components before selling to Novares, a French company, about two years ago.

From what I understand, Novares is finishing up a few remaining contracts and is still considering April as the closing date for local operations. I’m not sure of the current headcount, but the company said it had 59 employees last year.

The closure of Novares would be considered the bad news of this segment. The good news, according to IDB Executive Director Don Alexander, is that the 100,000 square foot building has been on the market for about a month and has generated considerable interest.

“There has been great interest in the Novares building,” Don said Friday. “Where there is so much smoke, there must be fire.”

Don said the Novares building is so attractive because it’s ready to go. It is already a fully functional business with all necessary utilities and ample parking. Just unlock the door and you’re good to go.

Don said it’s not out of the question for a company to buy the property and the business itself, including all the equipment inside. Novares makes plastic injection molding for the automotive industry.

If you are among the 3.9% of Warren County residents listed as unemployed, there is an in-person job fair this Wednesday, February 9 from 10 a.m. to 2 p.m. at the Milner Recreation Center, 500 Garfield Street.

There are no admission fees. If you are looking for a job, representatives will be on hand to hire in manufacturing, healthcare, restaurants, correctional facilities, and more. It all happens on Wednesday.

The McMinnville-Warren County Chamber of Commerce is thrilled to share another chamber benefit with the business community – discounts on health insurance through the Aetna Funding Advantage Plan.

The Chamber is hosting a Free Lunch and Learn on February 14 at 11:30 a.m. at the Chamber with Aetna so local business owners can learn about this opportunity for their business and employees. Non-members of the Chamber are invited to attend depending on the availability of places.

Please confirm your attendance as soon as possible before this Thursday, February 10, as places are limited. Please email Don Vizi at [email protected] com to reserve your place.

If you have any business advice for the newspaper, email me at [email protected] com.