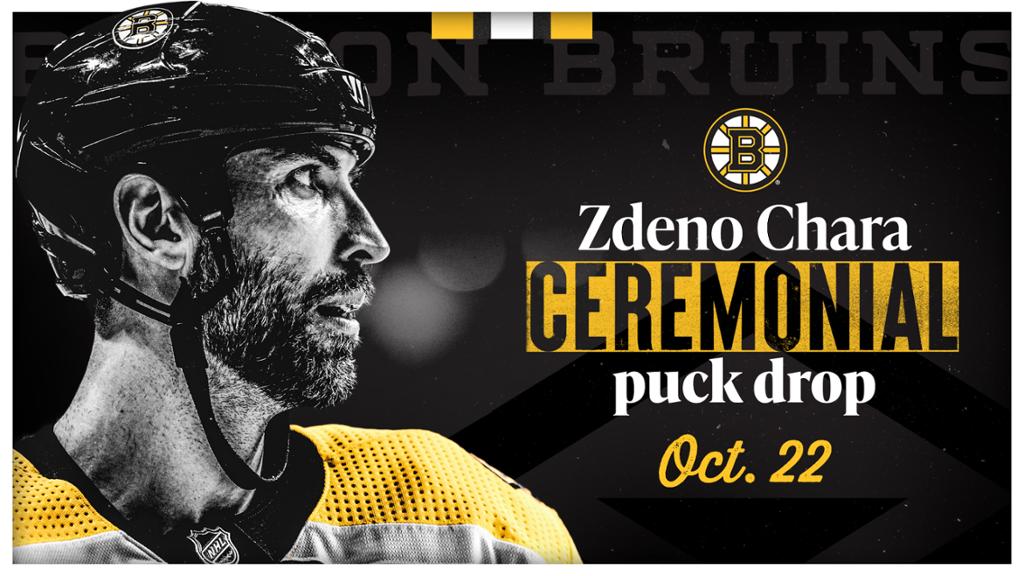 BOSTON- Boston Bruins to honor career of former Bruins captain and defenseman Zdeno Chara with a face-off ceremony on Saturday, October 22, when the team hosts the Minnesota Wild at TD Garden at 1 p.m.

In 2011, Chara became the first Bruins captain to bring a Stanley Cup back to Boston since 1972. He would make two more trips to the Stanley Cup Finals in 2013 and 2019 and finished his career with 18 goals and 52 assists for 70 points. in 200 playoff games. Chara ranks first in the NHL with 14 career Game 7 appearances.

Off the ice, Chara consistently led the team in philanthropic and community events, both locally and internationally. For three years, Chara participated in the Bruins’ annual pie delivery, where he traveled to various shelters around Boston to donate pies for Thanksgiving. In 2019, Chara partnered with New Balance to host a shoe drive and donate shoes in Boston and Slovakia. Along with participating in annual team events including holiday toy shopping, hospital tours and the Bruins PJ Drive, Chara has also partnered with former Boston Mayor Martin. J Walsh, to donate 3,333 pairs of socks to seven local shelters in the city of Boston. Chara’s community initiatives and commitment led to a King Clancy nomination for the 2018-19 season, which is awarded to the player “who best exemplifies leadership qualities on and off the ice and who has made a humanitarian contribution outstanding in his community.

Looking for a budget bailout? A personal loan could be the answer