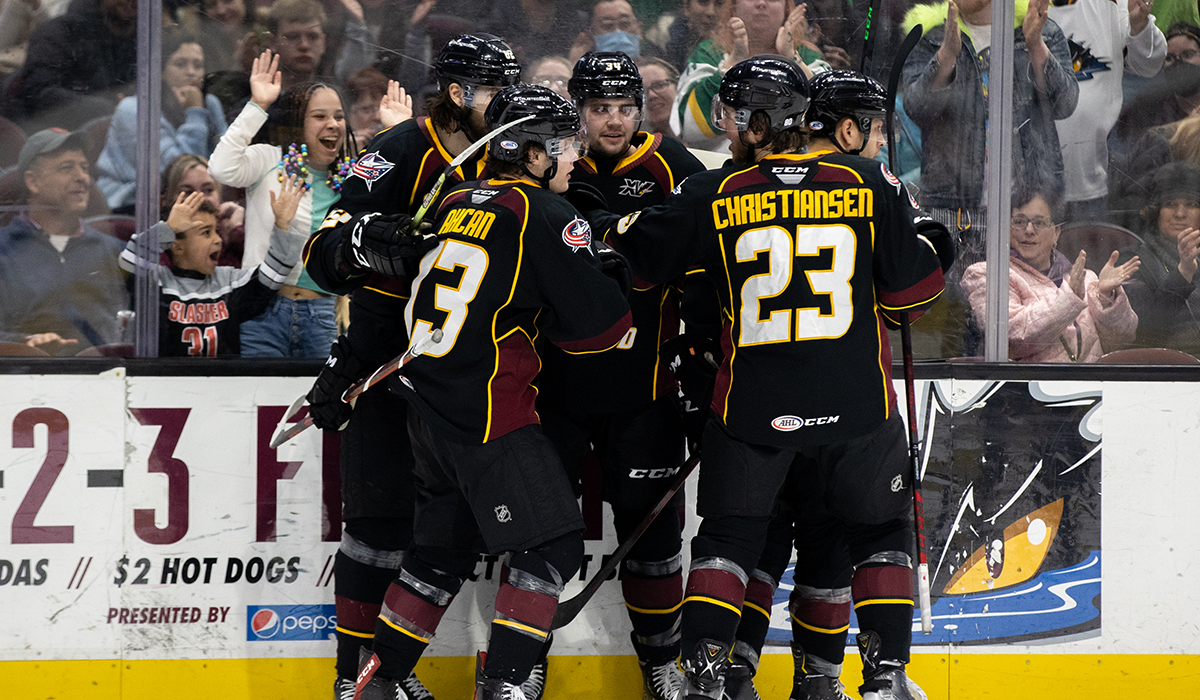 The Cleveland Monsters defeated the Rockford IceHogs 4-1 Sunday night at Rocket Mortgage FieldHouse. With the win, the Monsters are now 21-23-6-4 and currently sit seventh in the AHL North Division standings.

After a scoreless first half, Tyler Sikura landed a tally at 12:02 of the middle frame on assists from Cole Cassels and Angle Tyler giving the Monsters a 1-0 lead after 40 minutes. Rockford’s Josiah Slavin scored just 50 seconds from the start of the third period, but Sikura scored his second goal of the night unassisted at 7:20 to regain the lead. Kevin Stenlund added a countdown 11 seconds later from the streams of Jake Christiansen and Cole Clayton extending Cleveland’s lead followed by Tristan Mullin end the evening with an empty net goal at 16:22 assisted by Cassels and Billy Sweezey bringing the final score to 4-1.

from Cleveland Jet Greaves made 24 saves for the win while Rockford’s Collin Delia made 25 saves in the loss.

The Monsters host a rematch against the Rockford IceHogs on Tuesday, March 15 for a 7:00 p.m. puck drop at Rocket Mortgage FieldHouse. Follow the match with full coverage on FOX Sports 1:50 p.m. “The Player”, AHLTV and the Monsters Hockey Network.

Stay up to date on all Monsters news with the Monsters Mobile App presented by the University Hospitals downloadable from the Apple Store Where Google Play Store. Be sure to follow the monsters on Twitter, Facebook, instagram and ICT Tac.

*Game highlights will appear as soon as possible after video processing.