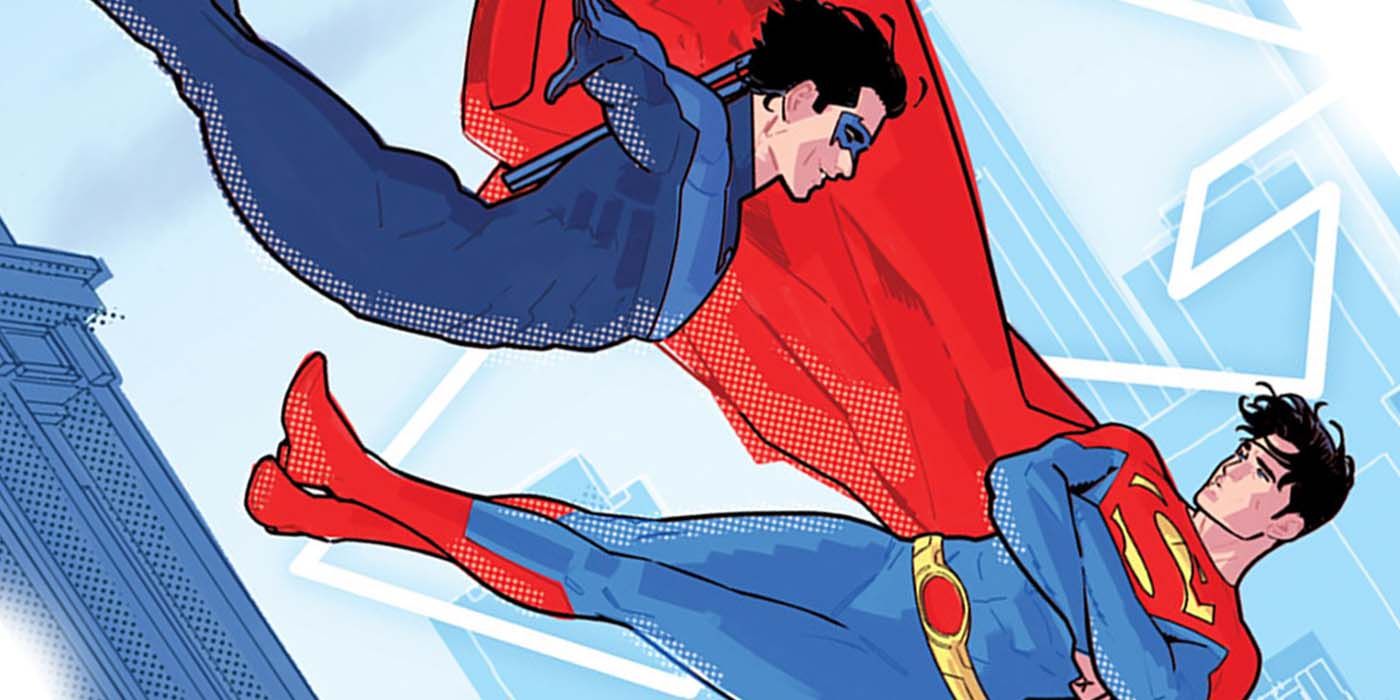 Jon Kent, Earth’s new Superman, receives a helping hand and an understanding ear from none other than Dick Grayson in the upcoming Nightwing # 89.

Written by Tom Taylor and illustrated by Bruno Redondo, Night wing # 89 sees Jon Kent hanging out with Dick Grayson. DC teased that Nightwing would share his advice and friendship with Jon, who continues to make his way as Earth’s new Superman while his father travels to Warworld. This development mirrors how years ago Nightwing asked Superman for advice on how to move forward in his superhero career after feeling he had moved beyond the role of Batman’s sidekick, Robin.

RELATED: Superman’s Most Underrated ‘Power’ Isn’t Kryptonian – But He Gets It From His Mother

Nightwing’s connection with Superman dates back to the 1968s Superman # 158, where the Man of Steel and Jimmy Olsen visited the Kryptonian bottled city of Kandor, a place Superman had no power. Taking inspiration from Batman and Robin, Superman and Jimmy Olsen turned to two native birds of Kandor and adopted the costumed identities of Nightwing and Flamebird. Batman and Robin would later visit Kandor in the 1964s The best in the world # 143 and find out those identities, and when Dick Grayson decided to quit the role of Robin in the 1984s Tales of the Teen Titans # 44, he chooses the name Nightwing. At the time, Dick believed that the advice of Batman and Superman had helped him become a man, and he wanted a title that reflected a connection to the two.

In the 2017 series Super son, Jon Kent was established as the best friend of Damian Wayne, the fourth Robin. A space expedition saw Jon age three years, but their recent interaction in the pages of Superman: Son of Kal-El # 1 shows that despite the age difference, Jon and Damian remain close confidants. Jon had fewer interactions with Dick, but given the close relationship between Dick and Damian as established in the Batman and robin 2009 series, it makes sense for the new Man of Steel to turn to the elder sidekick who taught Damian how to be a wonderful boy.

Jeremy Blum is Associate News Writer at CBR. A huge fan of comics since he was three years old (back in the days when he could only look at the pictures and imagine what was going on in the word balloons), Jeremy is the administrator of @classic_batman_panels, one of the Most Detailed Batman Fan Accounts on Instagram. He has worked as a journalist in the US and Hong Kong and writes about video games and tabletop games on his Pixel Grotto blog in his spare time. Find him on Twitter at @ blummer102 Where @PixelGrotto.