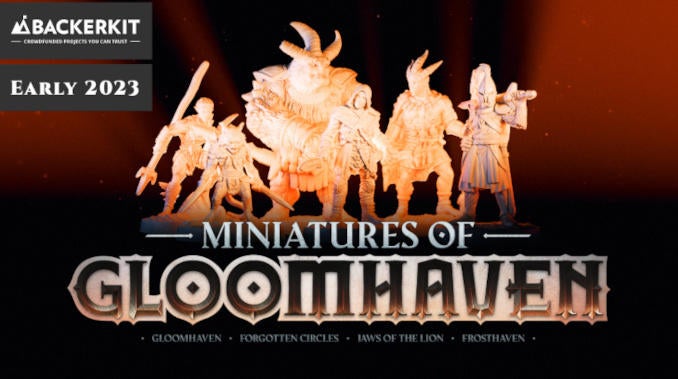 “We are building Crowdfunding by BackerKit to give creators more space and opportunities to collaborate with backers, build closer relationships, and have more successful projects,” BackerKit notes on its new website.

BackerKit’s plans to fully enter the crowdfunding space are notable in that they already appear to have attracted many major board game publishers. Tabletop games are one of Kickstarter’s biggest segments, but many publishers started looking for alternatives when Kickstarter announced plans to integrate blockchain technology into their service in the future. Cephalofair specifically cited Kickstarter’s decision to use blockchain as the reason for its move.

As many publishers are already using BackerKit’s fulfillment services (which collect backer addresses, allow backers to purchase additional goods, and calculate shipping costs), it looks like the platform could quickly attract some of the biggest Kickstarter users. Other confirmed publishers for BackerKit include Monte Cook Games, Restoration Games, Leder Games, and Greater Than Games. A new game confirmed for Crowdfunding on BackerKit is a new expansion for Spirit Island, a popular strategy game involving nature spirits brutally driving colonizers from their lands.

GameFound, a platform dedicated to tabletop games owned by tabletop publisher Awaken Realms, launched in beta last year and received a significant investment from tabletop giant Ravensburger. However, this platform is notably designed for tabletop games only, while crowdfunding by BackerKit seems to have no restrictions.

Crowdfunding by BackerKit is currently in beta and will have a wider launch in 2023.

Colorado’s mountain towns scramble to find summer staff, but even hiring incentives aren’t making much of a difference