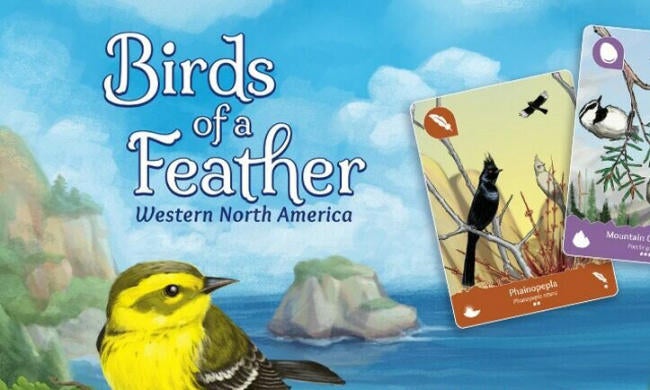 Another bird game is coming to the tabletop game market

The tabletop game industry will welcome another game about birds, like Birds of a Feather: Western North America is expected to hit game stores after a successful Kickstarter campaign. Published by Snowbright Studios, Birds of a Feather: Western North America is a family card game in which players try to spot birds in different habitats. Players choose cards from their hand and play them each turn, with players scoring points based on which birds are in your particular habitat. Players can score points from other players’ cards, while raptors will chase all birds from a particular habitat. Players score points based on a bird’s rarity, with bonus points scored if a player manages to spot each bird in a specific habitat.

Bird games have become a particularly popular subgenre in the tabletop industry in recent years, in part due to the popularity of Wingspan, an engine-building game in which players score points by attracting different birds to their habitat. With over a million copies sold, wingspan has inspired several other games in the genre, all of which are very different but focus on beautiful bird illustrations.

Atomic Gaming in Macon a house for gamers