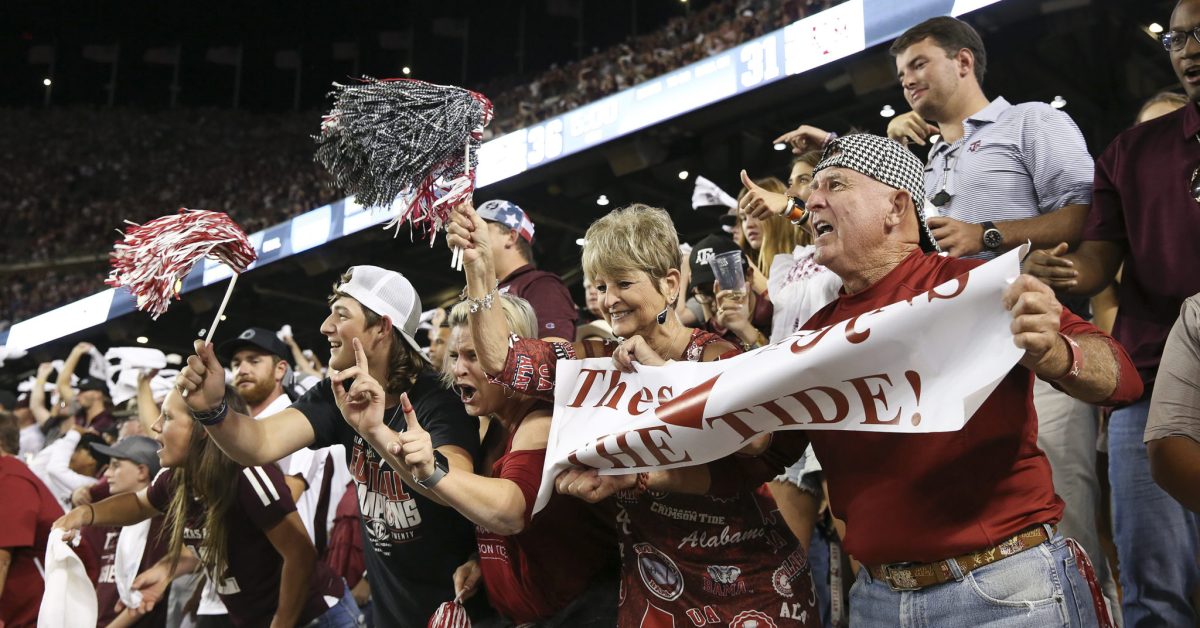 Alabama is at Texas in what is sure to be one of the most anticipated matchups on the college football slate on Saturday.

Not only is this the first time the 2 teams have met on the gridiron since the 2010 BCS National Championship game and the first in a back and forth series that moves to Tuscaloosa in 2023, but it’s a contest between the future conference foes like the Longhorns head to the SEC in 2025. Oh, by the way, Texas head coach Steve Sarkisian faces former boss Nick Saban for the first time since taking over the reins in Austin after 2 seasons as Alabama’s offensive coordinator.

The Longhorns topped the all-time series, 7-1-1, despite falling the last time the 2 teams met in the aforementioned 2010 BCS title tile. Alabama hasn’t even played in Austin since 1982.

Longhorns fans talked a lot before the game, but Alabama fans certainly felt the shadow after seeing this on the video board at DKR-Texas Memorial Stadium:

From the Texas video map… pic.twitter.com/f6zQMDiROh

Needless to say, showing an incorrect helmet graphic was either an honest mistake or an intentional attempt to troll the opponent, Tide fans weren’t happy.

They should pay on the pitch for this blatant disrespect. Simply unacceptable. https://t.co/82fAtiQCP2

What am I looking at right now. It’s disrespectful in so many ways https://t.co/Y2qNAQfcKF

We’ll see what happens when things start at noon ET. The match will be televised on FOX.