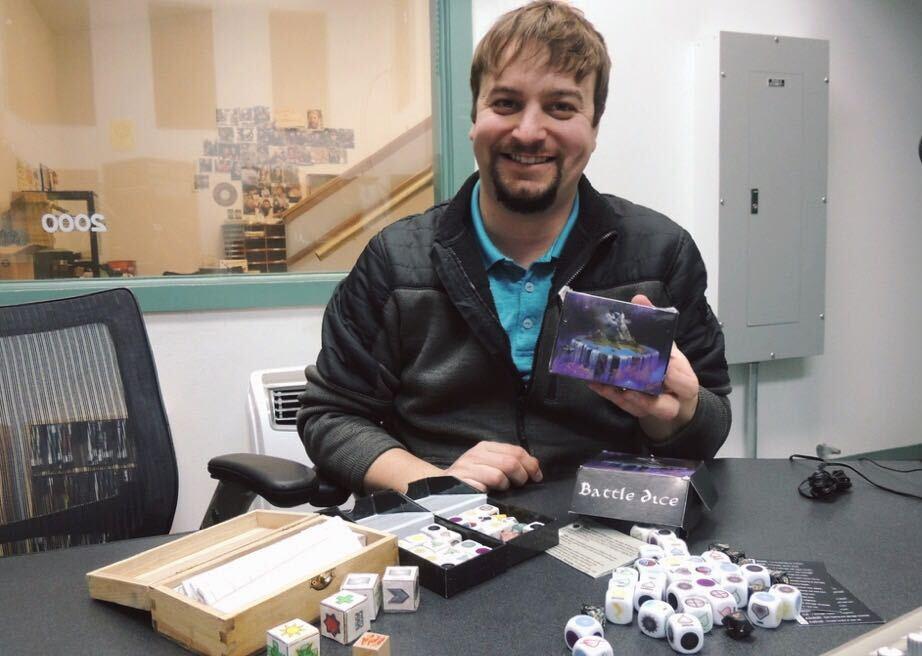 A Soldotna man has created a fantastic new dice game


Aaron Gordon has spent the past five years designing and refining his own dice game. Unbeknownst to his friends and family, they were part of this experience.

“Every once in a while, or at family gatherings or whatever, I would just casually put that on the table with the other games, and people would pick it up and read these rules on the back and go through it. , “he said.” And I was sort of sitting in a corner taking notes. And they were reading it and not understanding a rule, and I was like, ‘This needs more clarification.’

Gordon works at Kaliforsky Beach Elementary School and is a producer for Final Spark, a Kenai Peninsula film production company.

He is also very fond of games. Several years ago he was finishing math class with a student when they had a few minutes to kill.

They picked up a pair of dice. Whoever got a higher number wins the round.

â€œSo we did this for a few minutes and I was starting to get tired of it,â€ Gordon said. â€œSo this kid liked fantasy guy stuff. And so I went with, ‘Oh let’s pretend, instead of rolling a six, a six is â€‹â€‹a fireball.’ “

It turned the gears in Gordon’s head. He found a wooden cube and drew pictures on the sides to match different fantastic symbols and characters. And he came up with a prototype.

â€œSo after having had this for a little while, I decided to figure out what it would take to do it for real,â€ he said.

RELATED: How a teenager from Dillingham turned an old epic poem into rap

He finalized his design and ordered 37,000 dice from a manufacturing company in China. They come in compact boxes, with a nice artwork on the front. It’s a rendering of the world the game characters live in.

Battle Dice involves a lot of rolling the dice. But it’s not just a matter of luck. Gordon said it was fun watching his friends come up with strategies while they were playing.

And it doesn’t take long to learn.

“It’s a game we play while waiting for everyone to show up for a real game,” he said. â€œIf we’re going to play like a big board game that takes a setup and everything and we have half a dozen people coming up, the first person to come in here will do a little duel and go head to head. And if someone else shows up, we can add them and replay. It’s going pretty fast. “

As a nod to the game’s origins, Gordon gave a copy to one of his school’s classes. He said they were testing him now.

Battle Dice has been on the market for two weeks. Gordon said the Beemun strain has sold twice already.

You can also find Battle Dice – and a video on how to play – at finalspark.org