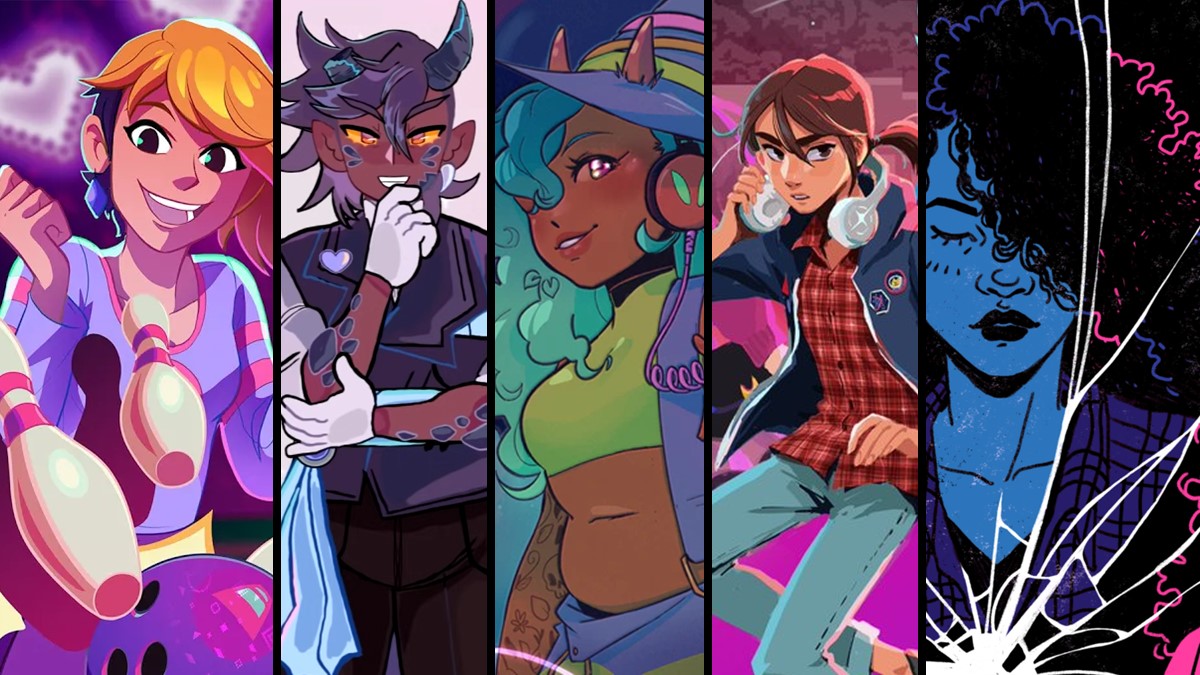 The Game Developers of Color Expo aka GDoC Expo has been a blast this year, with great events, panels, people and games. It was a joy to attend, and there are so many awesome games to look forward to. That said, there have been a few games that have caught our attention in particular – and even games that we’ve been watching for a long time. While the exhibit itself featured a mix of digital and tabletop games, this list will only include digital games. Here are 15 indie games to watch from GDoC Expo 2021, listed in alphabetical order.

Peranakan culture takes center stage in this retro-inspired 2D Metroidvania platformer. Meet ghosts with many personalities and collect food and stickers for your diary as you will uncover secrets hidden in the mansion as you explore.

Is it a sports simulation? Is it a dating simulation? Yes and yes! Romance is in the air at a dating event hosted by your local bowling alley. Hit the pins and hit the cuties, virtual and real, in single player, PvE and 2 player local multiplayer. Play hard and play a selection of other mini-games.

Play as Dorothea “Dot” Hawkins, a young black woman who discovers a magical key that allows her to travel through time. The Key takes Dot to major moments in her family history that happened in and around her grandmother’s house, and Dot will have to make some tough choices along the way.

Think outside the box, in a box, with the upcoming Epiphany City puzzle-adventure game. Play as a girl named Lily and rotate, move and reuse objects with a magical photo frame, to solve rich puzzles and play through a story of finding hope and saving the world.

In a future cyberpunk where all music has been banned, play as B0B0, a singer who has formed a band and who will use her music to rebel against world authorities. This turn-based JRPG is also a two-in-one type offering because it is also a rhythm game.

Robin Lam, a recent college graduate, spends time with their grandmother to find there is an entrance to the spirit world in their basement. Suddenly, they have become the guardians of the spirit world in this adventurous dungeon crawler, conquering evil and meeting ancestral spirits from the past.

Play as this 2D and 3D half-cat, half-ghost cat in Neko Ghost Jump. At any time, you can switch between a 2D view and a 3D view to navigate the levels in different ways. Transform into a ghost shape to fight against all kinds of enemies and get to the end of each level filled with puzzles.

These days, finding a hero to save you from your tower isn’t as easy as waiting. Take love and your destiny in your hands, because this princess wields a wonderful power: online dating. Pursue a knight, a witch and even a dragon to find love and freedom in this queer dating sim.

The only virtual reality (VR) title to list in RUNNER. RUNNER is a love letter to the future and the past, as it is an anime-inspired, arcade-inspired sci-fi title. As the character of the Mina player, players can ride a motorbike, customize their bike, shoot weapons, escape a chase, and fight enemies.

Dreams can say a lot about reality. In this surreal RPG, play as a woman in a coma named Thalia, who finds herself in a strange dreamlike world. If ever she wants to wake up, she will have to face and conquer the nightmares and her anxieties that eat away at her.

Slimes. These are usually the weakest enemies you fight in an RPG. But this time? The slimes become the heroes. Collect gems, find weapons, learn magical abilities, and explore a world teeming with unique flora and fauna. Shoot down the enemies and find out what kind of hero you want to be.

Join the futuristic dark web in this black comedy sci-fi horror strategy game about buying, selling and trading organs in the fierce organ market. Trade hearts, eyes, livers, and more, while competing against other traders with unique personalities and appearances.

Venture through puzzles filled with dangers and monsters in this top-to-bottom retro-inspired dungeon robot. Play as Marza the mage in solo, or also her sidekick Pan in two-player co-op. Explore over 30 levels and unlock more game modes along the way.

We couldn’t be more thrilled with Spirit Swap, and it’s definitely the game we’re most excited to see hit virtual shelves. With a bop in their step and a song in their heart, play as the wizard and fashionable Samar through Match-3 puzzles and funny weird friendships and romances.

Disclosure: This author is a Kickstarter contributor to the project.

Single life can be a struggle. Play as one of 13 characters in the bustling and bustling fictional town of Jercy City and follow over 60 different routes. Make a range of different choices, navigate the traps of a capitalist society, fall in love and get lost, and maybe even find your ideal happy ending.

What are the release dates for these games?

None of the above games are currently available, but many may already be listed on Steam. You check out all of these games, and more, on the Gradient Convergence Steam page. For an individual game’s Steam page, click on the game name in our listing, as this will take you directly to the game’s Steam page. Some titles have a planned release date, some don’t. For more information on console versions and any other platform, please refer to each game’s individual page or developer’s website.

Art commentary: it’s okay to love board games, even the bad ones

How to buy and equip cosmetic skins in the New World