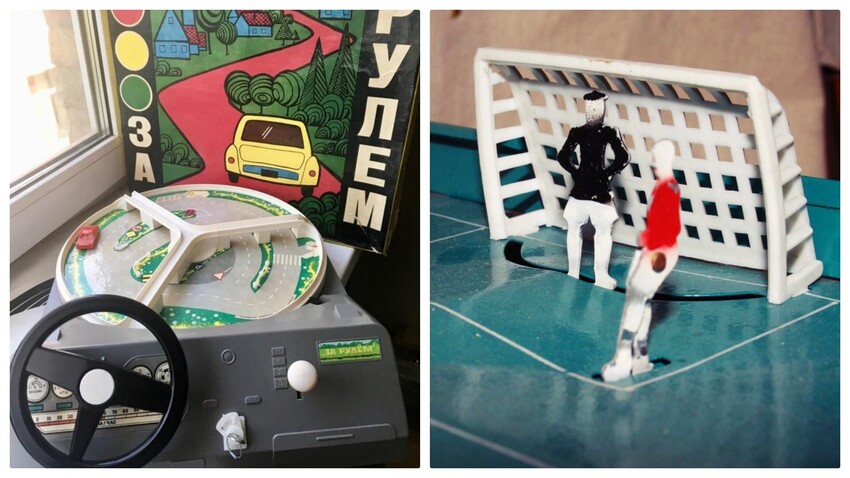 10 Soviet BOARD GAMES you must play NOW

There is so much more than just rolling the dice when playing Soviet board games.

This game was utilitarian in the sense that it had the subtle aim of nourishing professional encryption from childhood. The game introduced Soviet children to the basics of radio communication and encryption work.

This is by no means a unique Soviet invention as the game, in its most primitive pen-and-paper state, was created long before the introduction of electronic devices. When the console version of the game was introduced, it took the Soviet Union by storm. The Soviet-made electronic version of the battleship had built-in lights and sound effects.

In 1988, the Soviets cloned classic Monopoly and turned it into a board game with a socialist twist, although the game remained as competitive as originally intended as the underlying premise has remained the same.

Long before the world heard about Need for Speed, Soviet kids ran their own way. This tabletop driving simulator used the spinning disc and steering wheel to create the illusion of driving.

This is what the Soviet classic pinball clone looked like. The basic principle remained the same but the visual style was completely different. The designs here were inspired by the iconic popular Russian fairy tale Kolobok.

We all know the iconic Rubik’s cube that has taken the world by storm. Yet its twin game called Rubik’s Snake was just as popular with Soviet children as the original. A player had to twist and turn different parts of the set to create different shapes and figures.

This is yet another Rubik’s snake-like puzzle. The game consisted of a cylindrical tower with freely rotating levels filled with balls of different colors. A player had to rotate the levels manually, then use an empty cell to line up all the balls vertically by their colors.

These have come in all shapes and forms. The object of the game was to direct a ball into the center of the maze. Games like this had more than one ball and required a lot of skill and patience to play.

This game had a board representing the terrain and each character was mounted on an elastic spring. To “kick” the ball, players had to pull it back and release it, freeing the figure player who in turn “kicked” the ball, directing it toward the opposing team’s gates. Due to the lack of a safety net, the ball often left the venue.

This board game had no miniatures or players. Instead, it was fitted with a field, with two baskets protected by a plastic roof on top. Players had to press buttons on either side to “hit” the ball using a power tool installed in the body of the board game.

Click here to find out which Soviet VIDEO GAMES were all the rage in the USSR.

If you use all or part of the content from Russia Beyond, always provide an active hyperlink to the original content.